Halifax with its donkey track, abandoned by Shaw 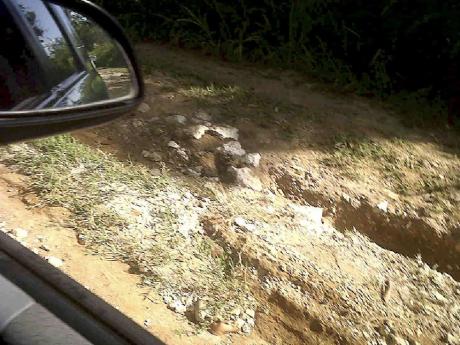 I write this letter to highlight some issues of a little community in Manchester, near Devon, called Halifax. This little farming district has been, in my opinion, thrown away by our political representative.

One of the main issues is that there is a large body of water at the side of the school which is dangerous and a health risk. When we get heavy rainfall, the front of the school is turned into a mud lake.

Another matter of concern is that we have no road to the community after you pass the Devon Basic School. At that point, the donkey track begins. It's a very nasty road, and we have been promised for years that it will be fixed.

It's uncomfortable to walk at night. Bushes from both sides of the road were cleared two weeks before local government elections in March, but until now, we don't have running water. We once had water but we were told that someone stole equipment from the National Water Commission pump house, so for years we have had to live at God's mercy, with rain.

Can the JEEP roll over to us? We need action, MP Audley Shaw, not just mouth. Help us!