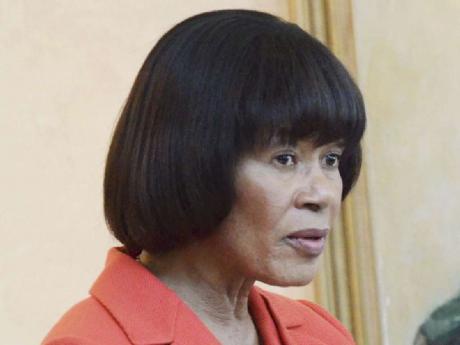 DESPITE DECLARING in its election manifesto that it would "remove the general consumption tax (GCT) on electricity charges to ease the burden caused by electricity bills," finance minister Dr Peter Phillips is insisting the People's National Party (PNP) has delivered on its commitment to Jamaicans.

Phillips, the country's finance minister, who served as campaign director for the PNP in the last general election, on Thursday announced in Parliament a 300 kWh threshold on electricity consumption above which GCT would be charged.

"A commitment was given in relation to GCT and by raising the threshold, we have in fact relieved all except the highest consumers of electricity," Phillips said.

The PNP, in its manifesto, listed the rollback of GCT on electricity among 18 steps to full people power.

Yesterday, Phillips argued that 90 per cent of residential customers of the Jamaica Public Service would not pay GCT on their electricity bills. He said that the move by the Government would provide protection for the working poor and marginalised.

Previously, the threshold on electricity consumption was 200 kWh. Phillips also announced that the GCT on electricity would increase from 10 to 16.5 per cent.

In the meantime, Phillips argued that the increase in the rate of GCT would not impact businesses.

PNP President Portia Simpson Miller, now prime minister, repeatedly snapped at suggestions that the proposal for a rollback of GCT on electricity was not properly thought through.

"Everything we say from our platform they criticise," she said, while adding that she has come to accept the criticisms of the "uncharitable and the unjust".

"My platform will promise nothing that we are not sure we can deliver," Simpson Miller said in St Thomas.

Yesterday, the minister of finance said "during the election campaign, we would not have a sense of how dire the public finances of the country was at the time".

He added: "We have a simple choice, we could remove it, including at the highest end consumers, or we could try to rescue those same high-end consumers by rescuing Jamaica.