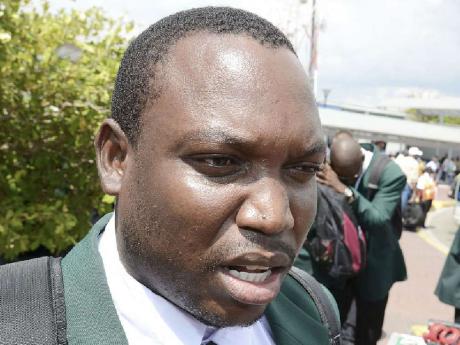 Off-spinner Jamie Merchant will seek to add to his tally of wickets this weekend when Manchester take on St Catherine CC at Chedwin Park in Zone B of the fifth round of the two-day Jamaica Cricket Association (JCA) Senior Cup.

Merchant, who was earlier this year drafted into the national four-day 13-man squad but was never used, has so far taken 14 wickets, two fewer than second-place Andre Dwyer, also of Manchester, and eight behind championship leader, Kemar Allen of St Ann.

The match which is slated to bowl off at 10 a.m. each day will see Manchester, the four-time defending champions, trying to put the brakes on St Catherine, who have so far recorded three wins from as many matches and lead the zone with 12 points.

Two of St Catherine's wins came via boardroom decisions after Clarendon and G.C. Foster both fielded ineligible/unregistered players, while the other was against Kingston and St Andrew.

Manchester, in the meantime, have so far registered two wins and a first-innings points lead to be on nine points.

"We still cannot get to the full unit out to play as yet, but we have to use what we have," said Manchester coach Barry Barnes.

"This is as a result of injuries to some players and others having work commitments. But we are the defending champions and with us aiming to qualify for the quarter-final round I am expecting us to rise," Barnes added. Also expected to do well for Manchester are Damion Bryce, Zeniffe Fowler and David Powell.

Home team St Catherine will welcome back regular captain Tamar Lambert, ace spinner Odean Brown and Gavin Wallace, and are expected to prove to be a real handful for the visitors.

"It's going to be a good game as they are the defending champions and have been playing some good two-day cricket over the years," said Lambert.

"But we have equally good players, and though we will not be at our strongest we have some good young players who want to make a name for themselves."

Among these young players are former national Under-19 opener Oraine Williams and left-arm bowler Stephan Casey of Innswood High.

St Catherine will be without Danza Hyatt, who left the country this week for Trinidad and Tobago where he will participate in that country's domestic Twenty20 league.

JDF vs Portland at Up Park Camp

Kingston vs Melbourne at Sabina Park