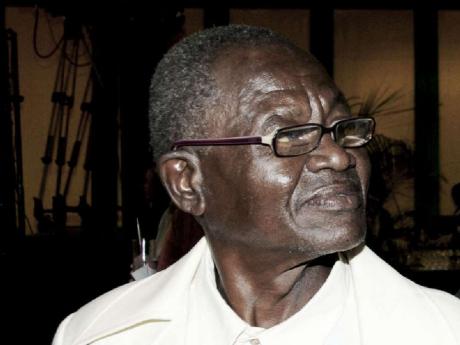 Former Commonwealth lightweight boxing champion, Bunny Grant, described Labour Day as one of the happiest days of his life after more than 30 persons, drawn from Sherwin Williams (West Indies) Ltd, Tank-Weld Metals, Foska Oats, and the Jamaica Boxing Board of Control, showed up at his home at Weymouth Drive in Washington Gardens, St Andrew, and gave it a complete makeover.

"I am a happy man. I cannot believe that all these people came out today to do this for me and make my house look brand new again," Grant said to The Gleaner.

Grant has lived at the premises for many years, and at one time, it was a choice property in the Washington Gardens area. It deteriorated over the years, however, and with his limited resources, Grant has not been able to keep up with repairs and painting.

Louis Aiken came up with the idea to make the refurbishing a Labour Day project and sold it to his wife. She, in turn, liked the idea and got her company and her colleagues involved. The rest is now history.

On Wednesday, the house was completely repaired and painted - inside and outside. Plumbing and carpentry work was done; kitchen and toilet fixtures were repaired or replaced.

There have also been donations of furniture and other household items and the work will continue for another few days because heavy rain caused a slowdown of activity for a few hours.

Sherwin Williams' managing director, Ian Forbes, also made Grant the promise that whenever the house needed painting, his company would do the job again as a tribute to a boxer who made thousands of people happy as he performed at the highest level locally and on the world stage.