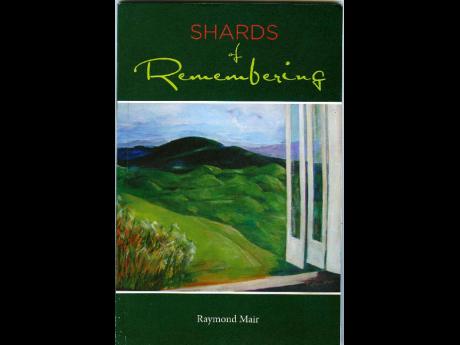 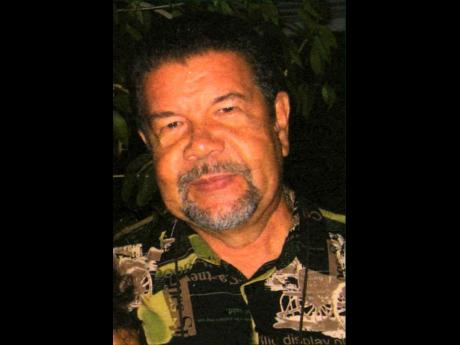 There was a strong turnout for poet Raymond Mair's launch of his second collection, Shards of Remembering, at the Faculty of Law, University of the West Indies (UWI), Mona, on Sunday. His first book, These Days I Remember, was published in 2003.

Separated into four parts, the book begins with 'Cuban Love Song' and ends with 'Journeys', images of Patsy Mair's paintings complementing her husband's words. And when he read, Mair started with 'Cuban Love Song', explaining the subtitle, 'For Azucar Negro'. It was a band that appeared on the Jamaica Jazz and Blues Festival "when it was Air Jamaica Jazz and Blues and they actually had jazz".

There were chuckles all around, the comment reflective of Mair's observations which enhanced the reading. He said that he wrote 'Cuban Love Song' "right there in the dark at Cinnamon Hill, maybe on the programme". He said another poem, 'Sulkari (For National Dance Theatre Company)' was also written in the dark. "I tend to write a lot of poems in the dark. I don't know," Mair said, to more chuckles.

He spoke to the writing process, saying that the level of will to write changes and "is not always going up. Sometimes it is going down, sometimes it is flat. There are spontaneous poems. It is very rare". The pair of 'in the dark' poems were two rare pieces.

"These poems go way back," Mair said. "Someone asked me which was the first poem in the book." In identifying it, he sifted through memories to the Biafran War, which he said was probably "one of the first television wars". The poem 'Biafra' is in the second part of 'Shards of Remembering', ending:

where the dream was

Mair went through poems set outside Jamaica, 'Haiti - 200 Years' written on the 200th anniversary of Haiti's independence ("The fires now are cold/the dream so often betrayed"). On a more personal note was 'Shredding Papers', the literal destruction of memories from a stint in Trinidad. Mair read:

"I rip up the moment

and so destroy the time,

in the shredding of memories"

Trinidad figured at the launch in more than disposed papers, the host Ambassador Kenneth Hill noting the late Wayne Brown's influence on Mair. And Millicent Graham, in introducing Mair, went back to meeting him in a workshop run by Brown, Mair being "a contrary force sitting to my right". Then, she asked, "who was this class rebel?"

Although she knew him, she first really met Mair through his writing at the 2001 staging of the Calabash International Literary Festival, where Mair read. Or it could have been at a monthly meeting of the Poetry Society of Jamaica, where Mair would offer encouragement to "a poor girl caught on the grill", that being the feedback from listeners to what a particular poet read.

Part III of 'Shards of Remembering' deals largely with death, opening with 'Saturday Funeral' and closing with 'Stroke and Other Reflections', Mair's own experience of illness and recovery. Poems of travelling and being away from home ('Exile', 'Train Ride' and 'International Airport Lounge') are in the final segment, before the closing 'Journeys'.