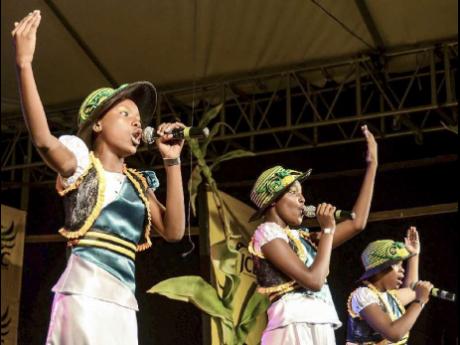 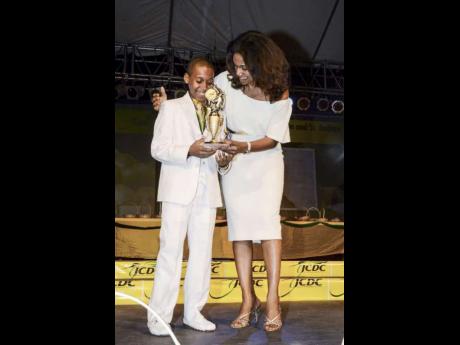 The programme began with the playing of the National Anthem and prayer to bless the proceedings. Under the theme 'Jubilee: First Fruit of Harvest', the finalists made their entrance on-stage, performing Father HoLung's version of This Is the Year of Jubilee, much to the amazement of the gospel community which was out in numbers at the Ranny Williams Entertainment Centre.

While most of the performances were outstanding in the choir categories, it was Hagley Park Preparatory School from Kingston that claimed the title with its version of Mighty God in the six to 10 years choir category. First timer Corinaldi Avenue Primary School from St James was second with Jesus Will Welcome Me.

As champions since 2010, Hagley Park Preparatory is the only school on record to have won the same class and category consecutively in the history of the competition.

Ardenne High School placed first ahead of Oracabessa High in the 11-15 categories.

The Melody Sisters from St Catherine are seasoned performers in the competition having won the six-to-10 choir category in 2010.

However, the group entered the competition this year in the ensemble six-to-10 section and placed second to the Singing Jewels out of St James, who are returning champions from 2010.

For the senior ensemble categories, it was Sisters in Harmony who placed second to Fern Court High duet Abbie-Gaye and Justin.

The event was at its peak when the highly competitive solo category for juniors and seniors entered the stage. In the six to ten categories, Ashleigh Cummings from the Willowdene Group of Schools placed second, while eight-year-old Remone Watson finished first after his beautiful take on Four Days Late.

For the 11-to-15 categories, seventh grader Alex Anderson from the Ardenne High School won to Charles Blythe, who is a self-taught pianist and drummer hailing from the parish of Hanover.

Participants from schools, churches and community groups across the country competed in the solo, choir and ensemble categories for the six-to-10 and 11-to-15 categories.

The first- and second-place winners of the competition walked away with various prizes, including scholarship awards, gift packages, trophies and cash incentives.