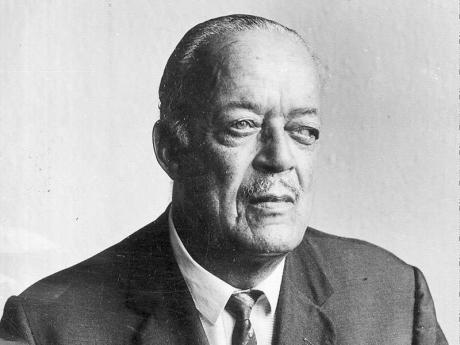 The name Vere Johns may mean very little to many though, quite ironically, it is a name that carries a lot of weight in terms of its relation to Jamaican music in its embryonic stages.

It is quite reasonable to assume that without Johns' contribution, Jamaica's popular music might never have attained the heights it has today. The most unsung and underrated hero in Jamaican music, Johns single-handedly unearthed and exposed many aspiring artistes through the very famous 'Vere Johns Opportunity Hour' talent show which he organised, financed and produced, mainly during the 1940s and '50s. Many of these artistes, the list of which runs like an unending roll call, went on to become stars and megastars, locally and internationally.

It goes without saying that stars such as Millie Small, John Holt, Bob Marley, Jimmy Cliff, Alton Ellis, Hortense Ellis, The Blues Busters, Derrick Harriott, Derrick Morgan, Lascelles Perkins, Higgs and Wilson, Bunny and Skully, Laurel Aitken, Wilfred 'Jackie' Edwards. Jimmy Tucker, Girl Satchmo, Lloyd 'Parrow' Clarke, and musicians Roy Richards, Charlie Organaire, and Rico Rodriguez, who all came under his wing, played significant roles in shaping Jamaica's popular music. They came in droves - hopeful actors, dancers, tricksters, singers, kneeling at his feet for an opportunity to become popular entertainers. There was hardly a performer who grew up in Kingston who didn't come into his fold. To them it seemed that only one man held the key to the door of success.

The city's famous theatres - The Palace, at the corner of East Queen Street and South Camp Road; The Majestic, which faces Maxfield Avenue from the Spanish Town Road intersection; and The Ambassador, along Seventh Street in Trench Town - were the venues that Johns found logistically convenient to host these shows.

The events took on a carnival atmosphere following auditions held mainly in the hometown of the aspirants. With the winners being decided by crowd reaction, competition was fierce and intense.

With Johns and his wife as MCs, the audience as judges and Frankie Bonito and Val Bennett as backing bands, the high standard of the performances were often amazing with the tension, surrounding who would eventually win, reaching fever pitch.

Can you imagine a battle royale between Alton Ellis and his sister Hortense in 1959, in which Hortense won by a nose; another in 1956 in which Bunny and Skully battled it out with Lascelles Perkins, and yet another in 1958 which saw Adina Edwards of Don't Forget to Remember Me fame, eclipsing The Videos which comprised two Kingston College students - Alan 'Teddy' Magnus and deputy headboy Frank Subaran?

In the dramatic but humorous aftermath, Headmaster Douglas Forrest, a devout churchman, was furious upon learning that boys with such talent were not in the choir.

According to Colby Graham, The Vintage Boss, who had done extensive research on Vere Johns, the shows were not without drama. Coins were oftentimes thrown on stage by members of the audience, registering their approval of a solid performance.

The coins, although boosting the coffers of a performer, became dangerous missiles which oftentimes had performers 'ducking' for cover.

Johns, a disciplinarian who emphasised proper conduct and grooming, denounced the practice.

In a real sense, the Vere Johns Opportunity Hour acted like an audition for some record producers of the day, who, in their capacity as talent scouts, attended the shows in search of performers to offer recording contracts. Many successful Jamaican artistes were drawn into recording studios via this route, and this, in a nutshell, underscores the importance of Vere Johns in Jamaica's music history.

Lloyd Bradley, in his book, This is Reggae Music, describes John as "the most influential man in Jamaican music in the second half of the 1950s". In helping to further launch their careers, Johns would expose the winners on his radio show 'Opportunity Knocks', on Radio Jamaica.

Vere Everette Johns was, in fact, born in Mandeville, in November of 1893 and attended the Mandeville School before coming to Kingston where he lived with the great sportsman G.C. Foster. He acquired a job in the postal service but, by 1915, was off to World War I, fighting in Egypt, Italy and France for four years.

Johns returned to Kingston as a decorated soldier. An elocutionist and journalist, Johns was back in his postal service job for approximately a decade before leaving for the United States in 1929 in search of better job opportunities. Writing for several leading newspapers in the US, he vehemently spoke against injustices meted out to blacks. His writings were met with strong opposition by the Ku Klux Klan and precipitated his return to Jamaica in 1939.

According to Colby Graham, who did extensive research on Johns, the idea for a Vere Johns talent show was born out of a request by the boss of the Savannah Journal newspaper with whom Johns worked, to devise a strategy to boost attendance at cinemas. With the help of his wife, Lillian, they came up with the idea for the show which began in Savannah, Georgia, in 1937, before the couple moved the event to Jamaica in 1939.

In the late 1940s, he began a long-running STAR newspaper column 'Vere Johns Says', mainly on the topic of music.

But half the story has never been told as, in the 1950s, Johns added another dimension to his already illustrious career where he was a talent scout, impresario, journalist, radio personality, elocutionist and war veteran, by venturing into the world of movies.

He played roles in the 1955 adventure thriller Man Fish, which also featured Eric Coverly, and returned a year later in the 26-minute documentary, It Can Happen To You, in which he played the role of a father of two sons who had syphilis.

Vere Johns' contribution remains unmatched in the history of Jamaica's entertainment business, yet very little recognition has been given to his works. There could never be a better time, than in this 50th anniversary of the country's Independence, to honour this man. In my book, he is a candidate for National Hero.