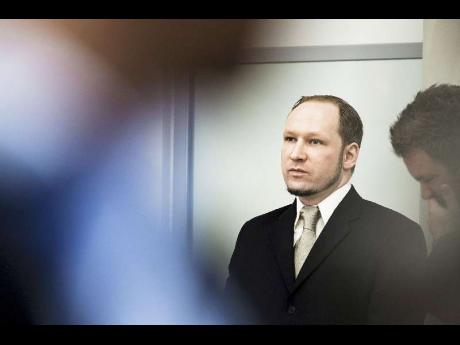 Mass murder accused Anders Behring Breivik in court in Oslo, Norway, on last Monday at the start of week six of his trial.- AP 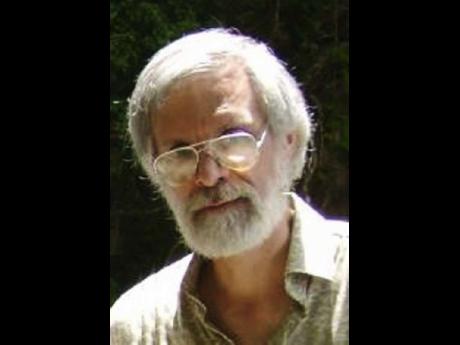 When Norwegian mass killer Anders Behring Breivik entered the Utoya island café last July and opened fire, killing 13 people, young Glenn Waldenstrom was shot in the face, then pretended to be dead. Realising he could no longer speak because of his injuries, he "spat some blood on the floor and wrote my family's telephone number in the blood". After Breivik had left the building hunting for others to shoot on the island, "someone called my family".

Ingvild Stensrud, too, lay motionless in the café pretending to be dead, as Breivik fired repeatedly into her hiding place behind a piano. Despite wounds in her shoulder and thigh, she survived by remaining underneath a corpse, lying still with eyes closed until she was very sure the gunman had left. When she opened her eyes, she found only two people around her were still alive, and asked them "whether we should find another place to hide ... but we were so badly wounded that it was not really possible, and I could not move the person above me".

Glenn and Ingvild were among the fortunate ones. Many others were not so lucky. The carnage that ensued over the next 90 minutes, as Breivik combed the island looking for "cultural Marxists" and shooting them multiple times in the head and body, is nauseating to describe. Altogether, 69 people - most of them teenagers attending a summer camp of the ruling Labour Party's youth wing - lost their lives on the island that day. Another eight died from a bomb he had planted earlier that day in the government headquarters in Oslo.

At the court hearings held this month, Breivik described the grisly details of the massacre scene, coldly, without a hint of compassion or regret. He revealed that his "goal was not to kill 69 people on Utoya. The goal was to kill them all. And because he felt that decapitation would be "a powerful psychological weapon" in his political cause, he also planned to behead the former prime minister, Gro Harlem Brundtland, as it was being filmed, then post the footage online. However, she had left the island by the time he arrived.

When confronted with the human consequences of his actions through witness testimony this month, Breivik showed no sign of remorse. Oddly, he expressed sympathy for a mouse inadvertently killed during his operation, yet none for his 77 human victims, who he is convinced deserved their fate as "cultural Marxists" spreading policies of multiculturalism and Islamic immigration - forces he views as destroying the social fabric and historical traditions of Europe.

What goes on in the mind of a man who believes he must engage in mass slaughter for political reasons? What makes an otherwise intelligent, capable person kill for ideology? How was it possible for him to dehumanise his potential victims in his mind, to the point where he could dispassionately plot these acts over a period of years (as revealed in his manifesto), then meticulously execute his plan to exterminate his ideological 'enemies', without compunction?

Throughout Breivik's rambling 1500-page manifesto, which he posted online prior to the killings, he describes himself as a "conservative", a "Christian" and a "nationalist", none of which really helps much in comprehending the motivations for this horrendous massacre.

As I searched through the various academic models to explain these inexplicable acts and his lack of remorse, I began to see some striking parallels to the personality and motivations of Timothy McVeigh and Ted Kaczynski. As you might recall, McVeigh planted a self-made truck bomb in front of the Alfred P. Murrah Federal Building in Oklahoma City, killing 168 people and injuring 800. Kaczynski, known as 'the Unabomber', intermittently sent mail bombs to various US locations over a period of two decades, killing three people and injuring 23 others.

All three men developed elaborate plans, and claimed historical necessity required they harm their victims for ideological reasons. Yet, this does not appear to be exclusively a right-wing extremist syndrome. True, McVeigh fits the profile of an ultra-conservative rightist, and so does Breivik; but if one examines Kaczynski's Unabomber manifesto (from which Breivik borrowed some passages for his), the ideas are anti-corporate leftist.

The model that seems to fit best for Breivik, as for the other similar cases, is a cluster of intolerant, highly prejudiced traits known for many decades by social scientists as the 'authoritarian personality'. Originally designed to help understand the mindset that led Nazis to commit mass genocide against European Jews during World War II, post-war academic studies revealed that at the root of this mindset was an ego-defensive preoccupation with superior, mastery definitions of oneself, in relation to negatively stereotyped outgroups (e.g., Jews), who were perceived as inferior and less civilised.

Breivik's manifesto and his court testimony show that for him, these inferior, negatively stereotyped groups are Islamic immigrants, and also the "cultural Marxists" whose tolerant multiculturalism he blames for encouraging their Trojan horse-like infiltration of Europe. Both groups he clearly regards as subhuman - often describing them as if they were an infestation, or a spreading disease (in a manner chillingly similar to Nazi descriptions of Jews.) Latent in this world view is the idea that the purification and strengthening of Europe would require that they be exterminated.

Canadian psychologist Robert Altemeyer views this control-obsessed authoritarian personality (which he calls "right-wing authoritarianism") as having two key factors underpinning it: fear - a perception of the world as a dangerous place, and self-righteousness - a view of oneself as being morally superior.

Other studies point to a mix of associated traits, many of which resonate closely with what Breivik has written and said thus far. Right-wing authoritarians tend to look for scapegoats; they blame their problems and those of society on socially disadvantaged groups (e.g., Islamic immigrants). This, in turn, involves intense ethnocentric prejudice, hatred, and dehumanisation of those groups - who are often perceived as hostile enemies in their midst. Studies of 'intolerance of ambiguity' and 'uncertainty avoidance' also note a rigid tendency to close-minded, dogmatic 'black-and-white thinking' among authoritarians.

However, as Israeli psychoanalyst Avner Falk points out, perhaps the most revealing insight of all into Breivik's mind and actions is to be found in the descriptions in his manifesto of his emotionally charged relationships with his mother, sister, and stepfather, as primary emotional objects. Breivik tellingly writes:

"My mother was infected by genital herpes by her boyfriend (my stepfather), Tore, when she was 48 ... [who] had more than 500 sexual partners and my mother knew
this but ... her poor judgement resulted in her being afflicted by
genital herpes [that] went to her brain and caused meningitis ... . She
was forced into early retirement as a result and her life quality has
been significantly reduced since, and she now has the intellectual
capacity of a 10-year-old. Her STI has not only caused her
[sic] much hardships, but it has also cost her and
the state up to 1 million euro. Both my sister and my mother have not
only shamed me, but they have shamed themselves and our family. A family
that was broken in the first place due to secondary effects of the
feministic/sexual revolution."

In the same section,
now talking politics, Breivik opines: "It's just terribly sad that my
country have [sic] been the victim of severe Marxist infiltration
leading to the political doctrines which have been allowed to destroy
all moral and norms, resulting in the complete breakdown of our once
great ethical standards."

So there you have it. For
Breivik, the personal had become political in these killings. Though he
apparently had little self-insight about this, he was projecting his
private feelings on to the world stage. Just as his beloved mother was
infected by his stepfather with a debilitating illness because of lax
moral judgement, destroying her vitality, he sees Islamic immigrants as
infecting and ruining his beloved mother
country.

Oddly, in the manifesto passage, the anger
seems directed more at his mother for shaming him, than at his
stepfather for infecting her. Similarly, on that day at Utoya, it was
liberal-minded, overly tolerant Labour Party members that he chose to
punish for shamefully allowing "the complete breakdown of our once great
ethical standards," not the Islamic immigrants.

Lawrence Alfred Powell is honorary research fellow at the Centre of
Methods and Policy Application in the Social Sciences at the University
of Auckland, New Zealand, and a former senior lecturer at UWI, Mona.
Email feedback to columns@gleanerjm.com and
lapowell.auckland@ymail.com.