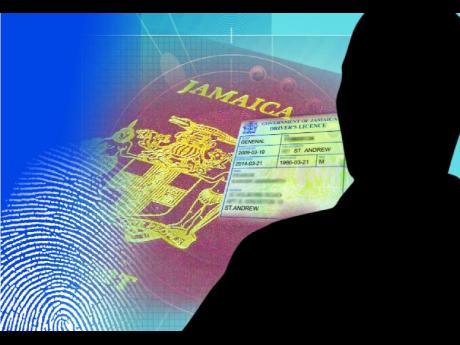 Corrupt employees at some government agencies are making it even more difficult for the police to clamp down on the illegal lottery scam.

A Sunday Gleaner probe has confirmed that fraudulent driver's licences, Tax Registration Numbers (TRN) and other documents are being sold across western Jamaica and the scammers are paying big bucks for them.

The most common among the fraudulent documents is a driver's licence, which can be purchased for up to $100,000 in Montego Bay, St James, which is the genesis of the lottery scam.

"Just send your money and your picture and a man can get a driver's licence for you in any name you want," one person close to the western Jamaica criminal underworld told The Sunday Gleaner.

Yesterday, head of the police's Lottery Scam
Task Force, Superintendent Leon Clunie, confirmed that the fraudulent
documents have hit the radar of investigators.

"We
have been coming across persons with several identities and even
vehicles registered in names of persons who don't exist," said
Clunie.

"There was someone, who we arrested recently,
who had more than one identification card [and] different TRNs in his
possession."

The task force has also arrested an
alleged major scammer, whose driver's licence showed the address of a
retired policeman.

There is another case of a young
man who was arrested last year and found with Jamaican and United States
identification cards bearing his photograph but different
names.

Similarly, one alleged scammer was held while
driving a Toyota Corolla motor car with all the papers for the vehicle
in the name of a St Mary resident.

When the police
checked with the resident, he disclosed that, while he drives a similar
Toyota Corolla, his vehicle was parked in his driveway as he spoke to
the cops.

According to a senior police officer, who
asked not to be named, while the sale of fraudulent documents is neither
new nor restricted to western Jamaica, it has exploded in that section
of the island as under-pressure scammers try to disguise their wealth
and change their identities.

The Jamaica Civil Service
Association (JCSA) has also admitted that it is worried about public
servants getting involved in these illegal
activities.

"We have warned our public servants that they
need be careful, they need to be vigilant, they need not get tempted
with the lure of quick money, and to preserve what little respect we
have been able to maintain," JCSA President O'Neil Grant told
The Sunday Gleaner.

He said the
JCSA was also concerned that persons not involved in the civil service
could set up shop to produce documents that could pass
examination.

"It is worrying to us that the amount of
weakness that permeates the legal system gives them the knowledge base
to perfect their craft. We hear of shops operating out there which are
producing documents of various kinds," said Grant, as he pointed to a
recent case where an individual was held with three passports in
different names.

In the case of the lotto scammers,
Grant said, "The corruption is far-reaching, deep-seated and involves
individuals outside of the Jamaican
jurisdiction."