Bingo goes bust! Lotto scam - a tale of glamour, death and a free ticket to a US jail 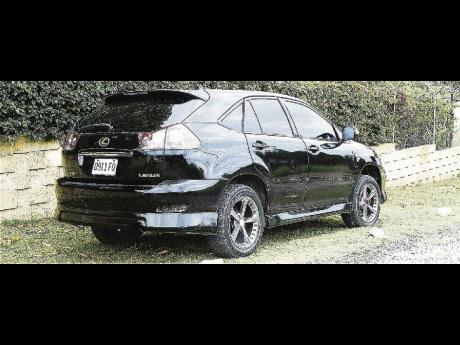 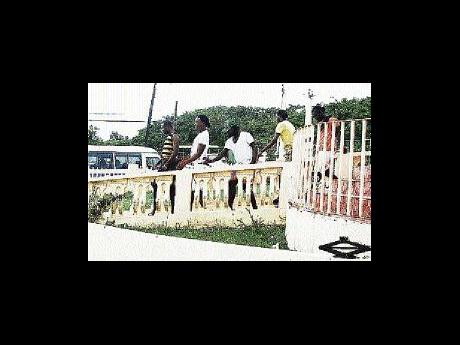 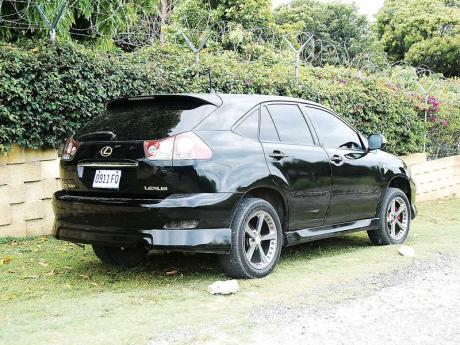 This high-end Lexus van driven by Bebe was seized in the lottery scam raid in Coral Gardens, Montego Bay. 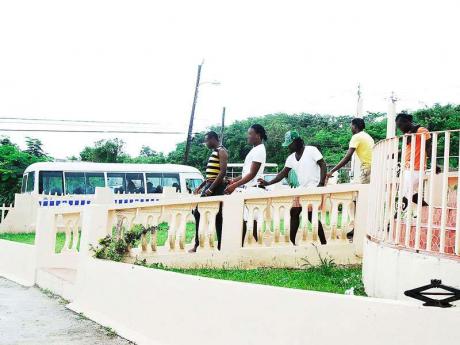 If the wheels of justice turn in favour of the Jamaican Government, several players in the illicit 'lotto scam' could find themselves on a free flight to the United States (US) to face a stern-faced judge and spend time in a jail cell.

"We are working hard to extradite the people involved in the lottery scam," Police Commissioner Owen Ellington told a Private Sector Organisation of Jamaica forum in Montego Bay last week.

"They (the scammers) face the possibility of imprisonment for as long as 22 years," added Ellington.

His pronouncements came on the heels of the arrest of well-known political activist Kenrick 'Bebe' Stephenson, who the police have labelled one of the masterminds behind the scheme through which Jamaican fraudsters have been conning Americans out of millions of dollars.

"Bebe is one of the founders of the illegal lottery scam," said Superintendent Leon Clunie, the head of the police's Lotto Task Force.

"He has been living a luxurious lifestyle, yet he has never, from our understanding, been employed in any of the services in Jamaica."

If the allegations against Stephenson turn out to be true, it would mean the illicit scam, which came to public attention in late 2005, would have come full circle as based on information, the scheme started in Granville, his hometown.

The Gleaner first broke the 'lotto scam' story after receiving credible information about young men in the Granville who were raking in big bucks by convincing some Americans that they had won a lottery but had to pay a processing fee to have the prize money released.

Within months, persons in other communities had caught on to the scheme and before long, many young men, without any legitimate source of income, were lighting up the social circuit, driving SUVs and wearing expensive jewellery.

Soon competition between the 'scammers' turned to rivalry and the word on the street was that they were either arming themselves or were turning to corrupt policemen and members of criminal gangs for protection.

The gang that was to have the most devastating impact on the lotto scam was the notorious Stonecrusher, which launched an extortion racket and scammers were told that that if they failed to 'pay up' they would be killed.

In a brutal period between 2008 and 2010, several scammers were shot dead with beheadings not unusual.

"Policing has become much more difficult since the advent of the scam," former Area One commanding officer, Assistant Commissioner of Police Denver Frater, told a Gleaner Editors' Forum during a spike in the killings.

"These guys have high-powered guns and are highly mobile."

While scamming initially brought a financial windfall to sectors such as construction, motor vehicles and the social circuit, it also brought pain to sectors such as the information communication and technology, primarily companies operating out of the Montego Bay Freezone.

In 2006, a frustrated Lynda Langford, country operations manager at Montego Bay's Affiliated Computer Services, told a Gleaner Editors' Forum that the e-fraud, brought on by the activities of the scammers, was impacting business negatively.

"If this thing (the lotto scam) continues, we will have no choice but to close down our business and leave Jamaica," said Langford.

"If we are forced to leave, some 140 persons are going to lose their jobs."

With scammers at the peak of their power and the US, whose citizens has been bilked of hundreds of millions of dollars, joining the fight to break the back of the scheme, a special task force, the Jamaican Operations Linked to Telemarketing (JOLT) was formed in 2008 to target the scammers.

JOLT included agents aligned to the US Immigration Custom Enforcement, the US Embassy in Jamaica, the Jamaica Constabulary Force, the Office of the Director of Public Prosecutions and other agencies

While JOLT managed to arrest a number of scammers, what police sources described as 'lack of teeth' in the Jamaica law caused many of them to walk free or get light sentences.

However, since late 2011, the scammers, who are known to devise inventive measures to keep ahead of the police, have been feeling the proverbial squeeze.

Since last year October, close to 150 persons labelled as scammers have been arrested and charged by the Clunie-led task force.

During the police operations, expensive vehicles, cash, jewellery and other high-priced items have been seized.

Now after seven years, Clunie believes the 'lotto scam' is on its death bed, corned and having its heart ripped out.