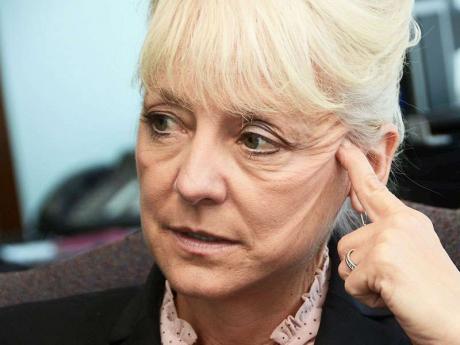 The following is contributed by Citizens United to Reduce the cost of Electricity (CURE).

CURE was officially formed on September 4, 2011, in response to the cries of the population for:

The issue of the increased costs of electricity from the digital meters had become a major issue in many North American cities as well and brought about new civil-action groups and consumer lobbies to stop their installation by various electricity companies.

By September 9, CURE filed a claim in the Supreme Court challenging the monopoly licence granted to the Jamaica Public Service Company (JPS) in 1966 and renewed in 2001 and 2011 by various ministers of government. Research has shown that this licence should not have been granted, as it breached The Electricity Act of Jamaica and has given the JPS and the OUR extraordinary and illegal powers over the consumers.

CURE, therefore, sees this licence as the great deterrent to an open and competitive energy regime which should have led to lower electricity costs and better treatment of customers from the company and the OUR. Above all, the situation is untenable, as the illegal licence granted to JPS is for a company partly owned by the Government itself and this could have implications for clear and legitimate governance and the proper management of the company.

CURE's advocacy, openly supported by thousands of consumers, has opened the door to a new electricity regime in Jamaica and has been a successful challenge in the courts to date. Neither the JPS nor the OUR has filed any significant defence in the case. In fact, the OUR stated in its affidavit that it advised the Government not to sign the monopoly contract, but eventually relented on that position.

The attorney general's office has not yet filed any defence and, since the time for doing so has expired, is now seeking to file a late application to which objections are being made.

All parties have confessed that the licence is indeed illegal and, therefore, we are requesting that the Government do the honourable and sensible thing and immediately renegotiate this illegal monopoly licence for the benefit of the country, the consumers and, indeed, the JPS, as time is of the essence and the Government needs to be in a commanding position in order to complete the negotiations for a new energy regime.

Let us remind ourselves of some of the numerous and absolute benefits that would result from ending the illegal monopoly licence:

1. The entire industry would proceed to develop on a sound legal foundation which would now encourage competition and investors to participate in developing a new, modern, multibillion-dollar energy industry and to reduce the cost of electricity to householders and to businesses.

2. Restore and consolidate the authority of the Government in determining the future development of our energy industry, as a shareholder and respected partner in JPS, rather than continuing to be hostage to the majority shareholders and imperfect OUR regulatory provisions.

3. Lay the basis for long-term planning, research and development in the industry to arrive at the best possible energy policies, with the focus on the most cost-effective energy-generation measures, new renewable sources of energy, environmental protection and the greening of Jamaica, which in itself is another source of additional significant income derived from carbon credits and today's environmental best practices.

4. Solve the economic crisis surrounding the generation and distribution of electricity. As JPS constantly tells us, the highest cost in the supply of electricity is oil. Jamaica spends some 41 per cent of its total income to buy oil for generating electricity essentially for homes, industry and for transportation.

Electricity costs are exorbitantly high at some US$0.41 per kWh because of the cost of oil and an old, inefficient generation and distribution system. The cost of this electricity burdens the majority of private consumers, manufacturing enterprises, hotels and the bauxite industry and limits our overall growth, profitability and development. Additionally, the National Water Commission pays approximately $500 million monthly, or $6 billion annually, to the JPS to distribute water in parts of Jamaica.

The International Montary Fund had indicated that the cost of energy should have been reduced from 2008 as one requirement for a successful standby agreement, economic viability and making an impact on sustainable economic development.

5. Lead to customer satisfaction, consumer rights, protection and justice. Guaranteed affordable electricity supplies always lead to increased consumption and economic activity, which is a win-win situation for all involved in an energy industry.

Currently, there is heightened debate and attention paid to our energy sector.

The world has to turn to alternative sources of energy now as the price of oil is unpredictable, manipulated by the world markets and susceptible to the old politics of international aggression for political and ideological supremacy.

The JPS is trying to head off the crisis, and the third new CEO, Kelly Tomblin, is to restore credibility to the company while maintaining that deregulating a transmission and distribution system would require "a separate set-up of wires and poles, which I think we all would agree doesn't make much sense".

We agree, but that is not absolutely necessary, and supports the contention that a new licence and agreement must be put in place to overcome this dated outlook.

Minister Paulwell is certainly working and everyone agrees that he seems to be very conversant with his portfolio and has made some significant strides in telecoms already. He wants a bigger stake in the proposed 360MW liquified natural gas (LNG) plant, and is advocating greater energy conservation and to use solar street lights to save some $2 billion annually.

But what is the best way for the minister, on behalf of all of us to do this and much more, which will be inescapable in the fight to develop the economy and modernise Jamaica?

The UWI Energy Think Tank and other lecturers and economists have been examining the pros and cons of new and different sources of energy and the future of JPS and the energy crisis. LNG, coal, nuclear, petcoke, alternative energy sources, net metering and conservation have all been discussed.

It was agreed years ago, that LNG was the most practical and quickest route to lead to a new system of generation, transmission and distribution to reduce electricity costs in Jamaica. However, Chris Zacca, chairman of the Government's LNG steering committee, is refuting "misleading" media reports concerning a two-year delay and that the committee is working feverishly on the case.

Meanwhile, Minister Paulwell confirms that there is no agreement with Trinidad on LNG supplies and the probe into the former LNG supply agreement is not yet complete as far as we know.

See Tuesday's Gleaner for important questions and answers on the energy sector which will affect your future. Email feedback to columns@gleanerjm.com.