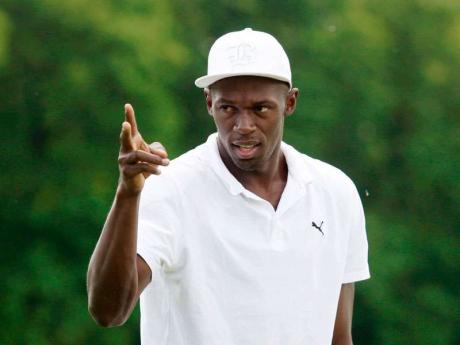 Usain Bolt says he plans to be a living legend and just after hours of signing with Gatorade, that pronouncement is about to become a reality.

"My aim to become a living legend, I want to successfully defend my titles, so that I can continue to focus on my core functions which is competing," Bolt told Outlook in an exclusive interview.

Born in the capital of yam country, Trelawny, the 24-year-old, who, up to 2002 was unknown, will be the face of the Gatorade campaign to be launched in 80 countries. The product is manufactured by PepsiCo. The 47-year-old product is believed to occupy 75 per cent market share of the sports drink category and is PepsiCo's 4th-largest brand.

Bolt can also boast that of the 34 Gatorade-endorsed athletes, he is the only non-American. In fact, having played the supporting role in other Gatorade promotions, Bolt has made it to the starring position, among a group of A-listers, including Michael Jordan, Derek Jeter, Mia Hamm, Misty-May Treanor, Dwayne Wade and Serena Williams.

Not since Robert Nesta Marley took reggae to the world has Jamaica seen anything of this magnitude.

"He has transformed the sport of athletics, adding a playful, jovial way to the game, making it more attractive. He is a package, and an exceptional athlete," says his publicist, Carole Beckford.

For Bolt, who just formed a partnership with Soul, an electronic company that has released the 'Soul of Greatest' S-300 headset branded in the Jamaican colours, and whose foundation, so far, this year has contributed J$4.5 million to projects that will benefit Jamaican children, it is a dream come true.

"I got the first whiff of super stardom when I won the 200 metres at the World Junior Championships here in 2002, but I got the reality check when I was injured in 2004, and on the path to recovery when I ran second to Tyson Gay, I realised that the successful climb had restarted," Bolt told Outlook.

Popular in the press

As if this was not enough for the six-foot-nine-inch lad who has made the people of his hometown proud, every day - 365 days a year - an article is written about him. Usain Bolt is one of the most recognisable faces in the world.

Most recently, Usain Bolt was one of the visual clues on the finals of the 2012 Jeopardy Teen Tournament, which aired on ABC on Friday (May 11). Bolt was instantly recognised by 16-year-old Elyse Mancuso (Omaha, Nebraska), who went on to win the tournament, taking home an impressive US$79,600.

"He is a lifestyle brand, he connects with children, and is an excellent and fierce competitor, which is what has makes him such a force," concludes Beckford.