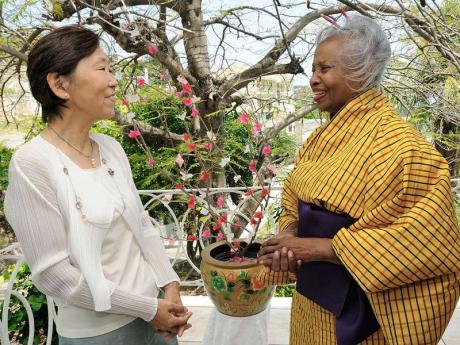 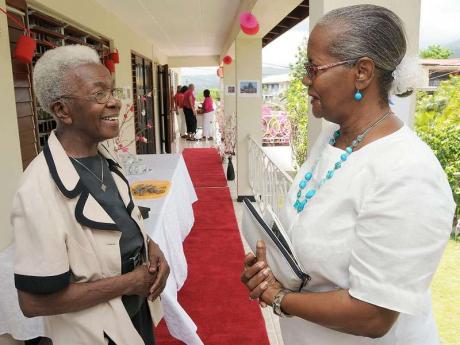 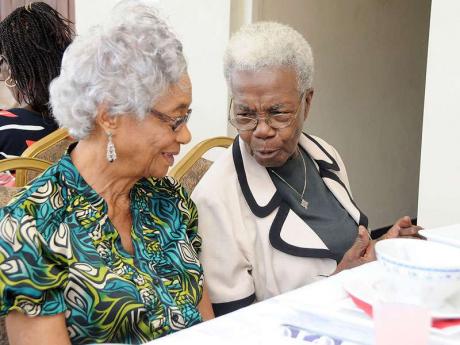 Dr Hyacinth Booth and Heather Davidson seem to have a lot of catching up to do. 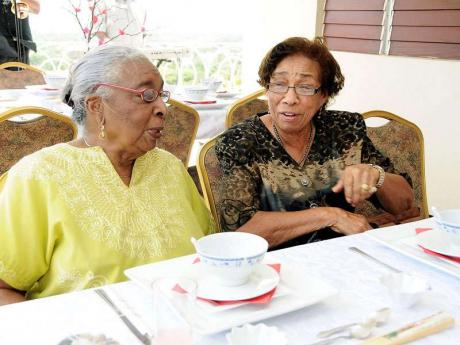 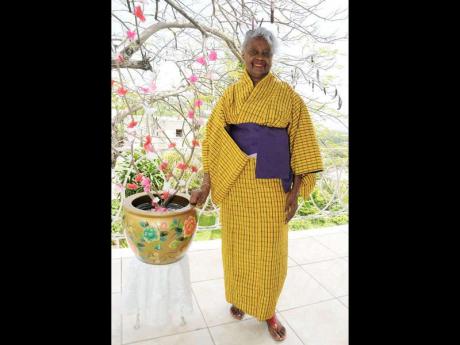 In its 23 years, members of the MayFlower Club of the Young Women's Christian Association (YWCA) have been around the world. Not literally, but every year to mark their anniversary, their theme usually reflects a different country which they embody in every aspect. For their anniversary this year which fell on Tuesday (May 22), they went to Japan.

Kimonos weren't aplenty, but origami cherry berries were in full bloom on the expansive terrace of the Beverly Hills home of YWCA president, Ouida Ridgard. It was transformed into a little Toyko with information at every turn, including a map of the Asian archipelago.

It got the stamp of approval from someone who would know, Yoko Yamaguchi, wife of Japanese ambassador to Jamaica, who was the special guest for the afternoon luncheon.

It was not an afternoon of long speeches. As the Jamaican and Japanese flags fluttered in the breeze side by side, it was all about a group of friends coming together catching up and enjoying the friendships they have established over the years.

And thrown in the mix, a scrumptious authentic Japanese lunch. On the menu was sushi, chicken teriyaki, special chow choy And, of course, there was Japanese teatime, the great end to spending an afternoon in another country.