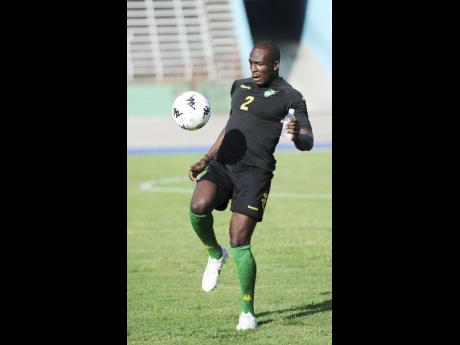 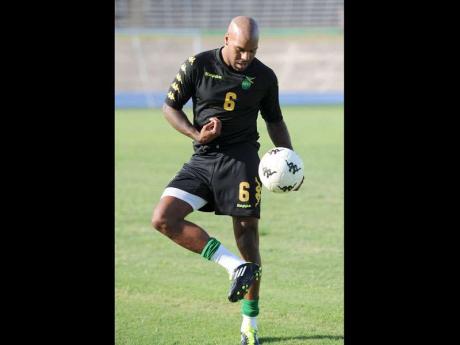 JAMAICA'S senior football team will continue its last-minute search for talent to finalise the squad for a CONCACAF World Cup Qualifying (WCQ) semi-final round that is only a fortnight away, when they face hard-to-beat opponents Panama in a friendly international football match today with kick-off at the National Stadium set for 6 p.m.

Many of the players in the squad for this match are fairly new and have not played together often, but with the very important June 8 game against Guatemala a hair's breadth away, head coach Theodore Whitmore appears more concerned that he gets the right group and that the players buy into his game plan.

"We've been working on our organisation and shape and ball possession and a bit of finishing, so it will be a combination of these things going into the Panama game," Whitmore said ahead of team practice at the National Stadium on Friday evening.

Many of the players in the group have been preparing for almost two weeks in camp, while several only arrived this week. Among the late arrivals, strikers Marlon King and Ricardo Fuller are regulars, but they haven't played recently.

A lot of other players expected to be named in the final squad have also not played in recent internationals, namely those contracted in United States' Major League Soccer (MLS) who are largely unavailable now because it's not a FIFA date and they are in competition. An exception is effective and exciting attacking right-sided midfielder, Dane Richards, who will prop up a high-charged offensive unit that includes King, Fuller and scoring ace Luton Shelton.

Largely though, on occasions when a FIFA date presented opportunities, Whitmore chose to focus on drafting personnel to bolster his defensive unit, which indicates that might be his area of greatest concern.

In the most recent friendly international, a 1-0 win over Guyana two Fridays ago, Nyron Nosworthy and Adrian Mariappa of English outfit Watford were paired in central defence. Other central defenders, Claude Davis and Damion 'Stew Peas' Stewart, who last represented Jamaica at the 2009 Gold Cup, have also been recalled. Against Guyana, Stewart saw late action, while Davis watched from the stands.

Lance Laing, who was handed a chance while at Harbour View, has also been brought back, this time with a bit of experience from the second tier United States Soccer League (USSL), as the coach continues long-standing efforts to shore up the team's left side. English Leaguer Nathan Smith, who debut against Honduras last year, is also in the reckoning. And this week Chris Humphrey, another British-based player who had long been sought, also joined the Jamaica squad.

The list for WCQ will continue to grow with Demar Phillips and goalkeeper Donovan Ricketts expected in at the last minute, but not likely to play today.

"We are pleased to have any given player, especially players that are out there plying their trade and doing well, but it's left to the commitment for the country,"
Whitmore pointed out.

"At the end of the day, it's
players who pick themselves, not coaches, and it will be left to the
mood, attitude and commitment they show in training, that's going to
determine if they put on the shirt come Sunday June
8."

Regardless of the matchup, the Reggae Boyz have
forged a winning combination lately, with 1-0 and 4-0 triumphs over Cuba
in a two-game series, a 3-2 away win in New Zealand, a goalless draw
with Costa Rica here and the recent 1-0 win over Guyana on debutant
Harbour View youth striker Jermie Lynch's goal.

It
contrasts with a sorry finish to last year that included five straight
losses, beginning with a 2-0 margin to the United States at the Gold Cup
then China (1-0), Ecuador (5-2), Colombia (2-0) and Honduras (2-1), all
away from home.

Coaching officials and players have expressed
pleasure with the recent win streak, especially with WCQ bearing down;
and besides efforts to tighten defensively, Whitmore is hoping for
better finishing after the team missed many chances to widen the
scoreline against Guyana.

King, a high-percentage
finisher, was singled out to ease that problem, but Whitmore placed his
focus on collective effort.

"With the strike force that we have right now I
don't think that if the players go out there and perform goalscoring
should be a problem, with the likes of Marlon King, Luton Shelton, Dane
Richards and Ryan Johnson," he pointed
out.

Historically, the Panamanians have been tough to
beat, with Jamaica leading with two wins, three 1-1 draws and one 2-1
loss in the last six meetings. They eliminated Jamaica from the 2006 WCQ
after winning 2-1 here and tying 1-1. And the last time both teams met,
Jamaica won 3-2 in June 2009.

In terms of world
ranking, they are as close as you get, with Jamaica ranked one place
higher at 52.

"When you look at the Panama team you
could compare them with the Guatemala team which we'll play on June 8,"
Whitmore analysed.

With the expressed similarities of
its Central American counterparts, a return match on June 1 and the MLS
throng on call, Panama City will provide the ultimate last-minute
search, in all respects, for the Reggae Boyz ahead of the crucial
Guatemala fixture.

Panama, who easily got past
Nicaragua and Dominica to reach the WCQ semi-final round, have lost
twice in friendly matches this year, both by 1-0 margins. They went down
to the United States on January 25 before losing to Paraguay on
February 29. Their top forward is Blas Perez who scored five times in
the World Cup qualifying preliminary round. Also among the goals are
Luis Tejada with four and Amir White with
two.