Playing for Canada but love Jamaica 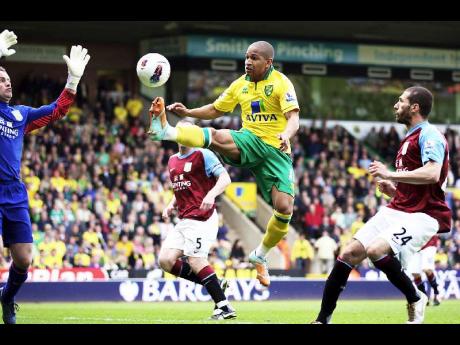 Just in case the Reggae Boyz stumble in their run towards qualification, Jamaicans may still find themselves with deep rooting interest on the road to World Cup 2014.

Their current senior squad, like the Boyz preparing for next month's CONCACAF semi-final round of qualifiers, boasts at least four players either born in Jamaica or with close family ties to the island. Several others are waiting in the wings in Canada's junior set-up.

Most of the players, some with experience in the world's top professional leagues, claim they were never officially invited by the Jamaica Football Federation. They bear no grudge, willing to concede Jamaica may not have been aware of their eligibility.

Yet they express open love for Jamaica and visit often. Some call the island home. Choosing Canada, they claim, is about loyalty, after growing up there, reaping the country's support through its football system and seizing the best opportunity to further their careers.

The final decision, however, was not easy.

"To be honest, luckily there wasn't any pressure from the Jamaica federation," explained 25-year-old striker Simeon Jackson, who was born in Kingston, migrated at age three, represented Canada as a junior and currently plays for Norwich City in the English Premier League.

But there are no regrets.

"For me, playing for Canada felt right," added Jackson. "I feel like I'm doing myself proud."

His family has backed him on a football journey which began with tryouts at English clubs at age 12. Jamaican relatives - mother Coral originally from St Elizabeth, father Simeon from Westmoreland, and Canada-based aunt Joan and uncle Norman Jackson chief among them - would have loved to see him in black, gold and green. Now they happily wear red and white when he plays for Canada, said Jackson.

Striker Tosaint Ricketts, Jackson's roommate during Canada's current training camp in the United States who played for Romanian club FC Politehnica Timisoara this season, traces his Jamaican background to mom Pam, from Hanover, and father Osmond of Westmoreland. Ricketts, 24, also played for Canada as a youth. He was born in Edmonton, Alberta, ironically on August 6.

"Independence Day in Jamaica!" declared Ricketts, who most recently visited the island in January for his grandmother's funeral. "It's always been a proud day in my family."

Other Canada players with Jamaican ties include Julian De Guzman, now with Toronto FC (TFC) in North America's Major League Soccer (MLS), who played several years at Deportiva La Coruna in Spain's La Liga. Canada have also targeted his younger brother Jonathan, a fixture in Italy's Serie A with Villarreal this season. Both midfielders were born to Jamaican mother Pauline. Jonathan represented the Netherlands as a youth.

The father of 21-year-old Ashtone Morgan, a TFC defender who came through the youth system and is also in Canada's senior squad, is from Jamaica.

The Canadian said they stay close to their Jamaican heritage. At camp, Jackson and Ricketts seek out Jamaican restaurants. They discuss trips to the island.

"We talk about Jamaica all the time," said Jackson.

But nailing down a permanent domicile can be tricky.

"I've been in England 10 years now," explained Jackson, who visits Jamaica during off season. "Home is England. I still like to go back to Canada. But Jamaica is home too."

There's never bad vibes. Jackson chats regularly with Reggae Boyz in England. One exchange eased concerns about his decision to play for Canada.

"I said to Ricardo Fuller, 'Yo, I didn't sell out the thing you know'," Jackson explained. "He said 'that's cool, it's alright'."

If Jamaica and Canada qualify from separate semi-final groups, they will meet at least twice in the final CONCACAF round. The stakes - places in World Cup 2014 - are high. Jackson and Ricketts said they'll give everything for Canada. But nothing can disconnect them from Jamaica.

"Jamaica has been with me my whole life," said Ricketts, whose family owns Jamaican restaurants in Edmonton. "It's me."

Jackson said he never really thought what it meant to play against Jamaica until he came with Canada for a 2010 World Cup qualifier in Kingston.

"A Jamaican reminded me that once I played that game I couldn't play for Jamaica again," said Jackson, who had a stint at Rushden and Diamonds when Reggae Boyz Onandi Lowe and Paul Hall played at the British club.

"I laughed it off, because it was (already) too late. But it did stick in my mind."

He didn't play that game. Canada lost. But later at the 2009 Gold Cup he came on as a substitute when Canada beat Jamaica.

Still, there was no extra sweetness in revenge. Whatever Canada's World Cup fate, their island-flavoured contingent will still root for Jamaica.