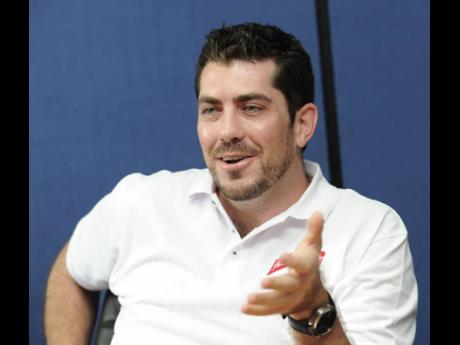 Sean Yelle recalls his decision to find a job in the sunny Caribbean. - Ricardo Makyn/Staff Photographer 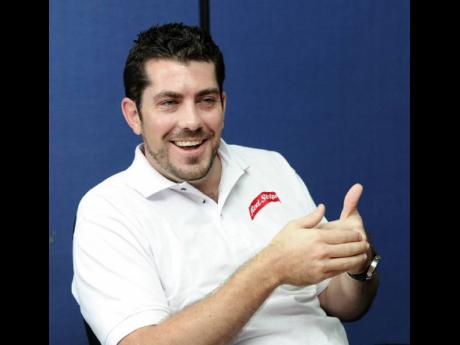 Sean Yelle recalls his decision to find a job in the sunny Caribbean. - Ricardo Makyn/Staff Photographer
1
2

After enduring one too many harsh winters, blizzard-like conditions in New York a few years ago made Red Stripe Senior Brand Manager Sean Yelle (say Yell) yearn for warmer climes.

Arriving at work knee-deep in snow, he joked with his colleagues that he would be moving to the Caribbean.

"One morning during the 2010-11 winter, I arrived at work and I was literally fed up with the snow. I said to my friends, 'I am moving to the Caribbean'. They did not believe me, Yelle told The Gleaner in a refreshing interview last week.

But unknown to them he was dead serious, and sitting at his desk, he Googled 'Jobs in the Caribbean".

The first one that popped up was his present post with 'Jamaica's Coolest Beer Company'. "I applied and two weeks later I got the call; I flew to Jamaica and three weeks later, handed in my notice to quit, " said Yelle, obviously still relishing the story.

Not surprising for someone who has a broad world view, having travelled extensively prior to relocation to Jamaica, but who only tasted his first Red Stripe at age 21 in New Orleans, Louisiana! Like a portent of things to come, he continued to drink it having given it a great rating that first time.

His first visit to Jamaica was in May last year for his interview, but he admits that Jamaica was always a part of his consciousness.

Having lived here for nine months, he finds it weird that Jamaicans wear so much clothing in such warm weather. "It's funny to see guys on the beach in jeans, and long pants and suits all the time,' said Yelle, who can't wait to get home and put on a pair of shorts.

Understandable attire for the Oklahoma-born American who later moved to New Jersey and worked in The Big Apple.

So far, he is settling in nicely; he already loves Portland (surprise)! He loves all our fresh fruits, fish from Hellshire and pan chicken, and he enjoys a cup of Blue Mountain coffee.

Of driving in Jamaica and our drivers, Yelle quips, "If I leave here without a crash, I'll be happy!"And he's already fully conversant with the local lingo, so if you slow down, he understands patios. But he just loves it when he's told, "soon come" or jus round de corner" only to realise the opposite are true.

Of his plans and strategies for the new job, read all about in Friday's TODAY.