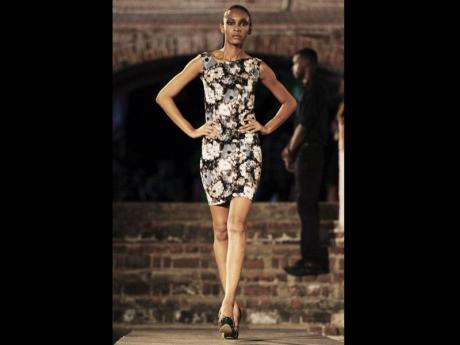 A model wearing designs by André Shirley at StyleWeek's International Mecca of Style. 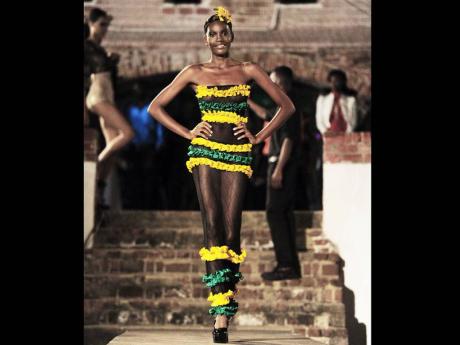 This model is wearing designs by Cecilia Devanna. 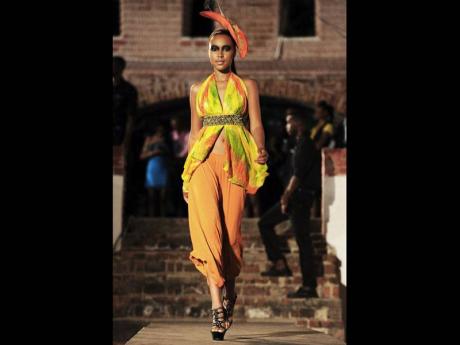 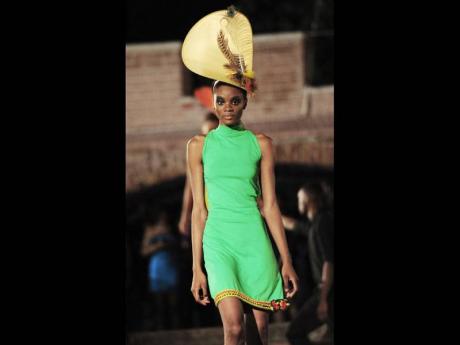 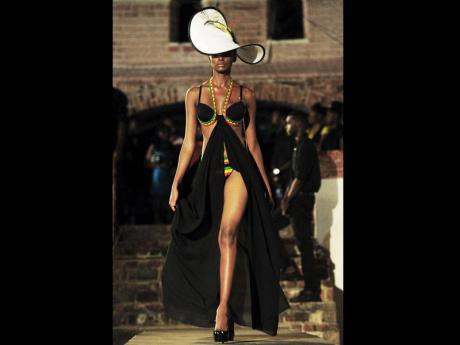 The penultimate event for StyleWeek 2012 got under way at Fort Charles in Port Royal on Saturday night.

StyleWeek's International Mecca of Style saw designers from all over the world turn out to see the wide array of collections that Saint International is known to present.

The show, which was slated to begin at 9 p.m., got off to a late start due to the late arrival of the patrons. When the show got under way however, the audience was blown away by the 17 collections that were on display.

The show was broken up into three segments, which showcased dresses, swimwear and suits.

Jamaican designer Yola Gray kicked off the night's proceedings with her collection, which the audience enjoyed.

André Shirley, another Jamaican, stuck to the summer motif by showcasing skirts, shorts, etc., in bold prints, which was also well received by the audience.

One of the highlights of the evening was the mini-collection which was showcased by three students, along with their facilitator, from the University of Technology's Fashion Designing programme.

Cossil Ross, one of the students of UTech, who is originally from Grenada, presented a collection that was bold in colours and prints. In similar fashion, the other two students - Juliet Harris from Jamaica and Elsian from the Turks and Caicos Islands - also presented their mini-collection, which was a hit with the audience because of its edgy style and vivid colours.

Jamaican-born Courtney Washington's collection truly reflected Jamaica 50 pride. His pieces were youthful and sassy and flattering to the model's body. In keeping with Jamaica 50, Washington chose black, green, gold, and white for his collection, which was cohesive and directional.

In keeping with the (spring) summer theme, local designer Neah Lis did not disappoint. Her collection of glamorous tropical dresses was bold, distinctive, and innovative. Her collection featured colourful, free-flowing pieces.

Another highlight of International Mecca of Style was the arrival of model Tyson Beckford, who is best known as Ralph Lauren's front model for the company's Polo line of male sportswear.

It was, however, the latter part of the night which was the most head turning.

New York-based designer Laquan Smith, who has designed for Alicia Keys and Rihanna, showcased a collection that was indeed a show-stopper. The edgy, high-fashion, dynamic pieces that he displayed were a hit with the audience. His collection was contemporary and suited to the urban woman. His use of metallics also added variety and flavour to the night. Smith was touted to be the next big thing by Vogue's editor at large, André Leon Talley.

Another New York-based designer, Donovan Depass, who has worked with internationally renowned designer Vera Wang, showcased his dynamic pieces, which were also a hit with the audience.

The final collection of the night came rom Kevin O'Brien, a Paris designer. His collection was done specifically in honour of Jamaica 50. The all-white pieces that he presented from his glamorous collection was the most talked-about collection. His pieces were refreshing and inspiring. Each model also strutted her piece with headwear, which looked as if it was designed from paper. His collection was creative, dramatic, unique, and beautiful.

The final piece he displayed had the number '50' sewed into the model's dress, His collection received a standing ovation from the audience.