Calabash no longer missing in action 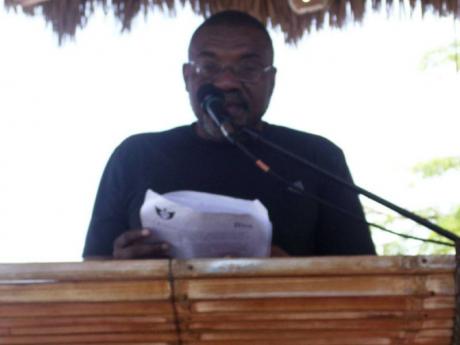 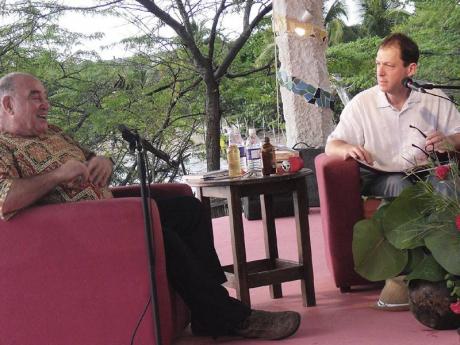 THe CAlabash organisers hosted a high-standard event that was properly organised.

The opening night of the festival got off to a prompt start. Promptness seemed to be the order of the night as one of the organisers, Kwame Dawes, kept a zealous watch on the time and kept the proceedings moving smoothly from one activity to the next. This was to continue throughout the remainder of the festival.

The support was overwhelming, especially for the Friday and Saturday sessions. The patronage included both local and international persons, all of whom came together to share a common bond - the arts.

Typical of the festival, the atmosphere was casual, and for the most part, persons were content to sit and partake of the offerings of the festival, which featured not only the spoken word, but music as well.

The literary value was excellent. It featured a diverse selection, and although there was a theme - 'Jubilation', in celebration of Jamaica's 50th anniversary, the presenters did not restrict themselves to it. As a result, literary lovers were treated to a diverse array of books and poems from authors like Olive Senior, Mellisa Jones, Kerry Young, and Shara Macallum, which documented Jamaica's literary history since Independence.

Presenters were writers and published authors, new ones and unpublished, some of whom got the opportunity to showcase their talent. The festival also featured several poets and writers like Olive Senior, Mellisa Jones, Kerry Young, and Shara Macallum, just to name a few. Most outstanding was a conversation between Orlando Patterson and Kwame Dawes where he shared his powerful writing journey.

The festival celebrated Jamaican cultural origins which are mani-fested in music. This took the form of presentations by Carolyn Cooper, Vivien Goldman, Colin Grant, Sonjah Stanley Niaah, all of whom made theoretical presentations of music and culture through their writings.

Cooper traced the origin of slackness in dancehall. Goldman gave her version of the unofficial origins of reggae music starting with Coxsone Dodd. Niaah made her case for dance moves. She traced their origin and said, "Old time something come back again." She contended that the current dancehall moves have a connection to Africa.

The musical writings were supplemented by the performances, which were segmented into two energetic nights and one afternoon. These performances showcased the natural connection as opposed to exclusivity between the spoken word and music. This was demonstrated by featured acts like Nomads and Raging Fire, both being unconventional performers with origins in the spoken word.

The local community is ecstatic that the festival was held this year. All the hotels were fully booked. Restaurants, other small businesses, even some private home owners got the opportunity to earn as they rented their homes to visitors for a lesser fee than the hotels.

Jason Henzell, owner of Jack Sprat Treasure Beach, the venue of the event, said the economic benefits to the area were unquantifiable.

Generally, the event was a good one. Participants continuously raved about the presentation and remained hopeful that it would continue next year. However, no one knows the future.

The Gleaner asked one of the organisers, Kwame Dawes, if the festival was on track for next year. He responded by saying although they were committed to carrying on the festival, it would be depen-dent on the funding. He, however, noted that entry for the event would remain free.

Dawes said to host the event, approximately US$100,000 (J$8.7 million) is needed. So far, they have had a fund-raising dinner and they have instituted a system where people can donate money to the festival. Dawes said the Jamaica Tourist Board has supported the event and he is hopeful that they will get the required funding to continue the festival, not just from the tourist board, but in general.