A lifetime of bliss 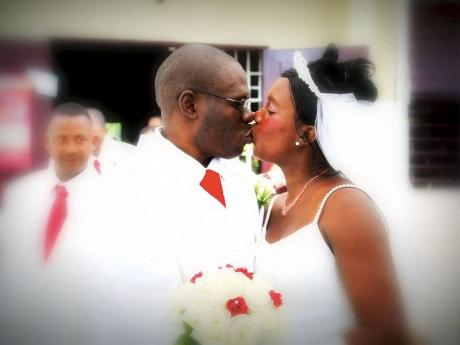 Cedric and Arlene seal their union with a kiss. - Contributed photos 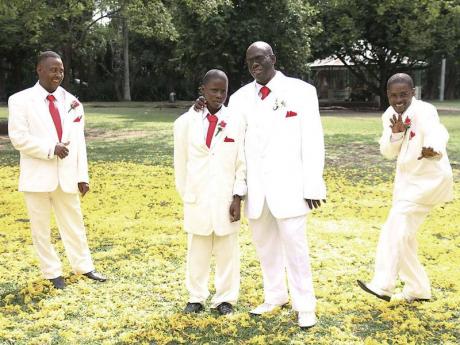 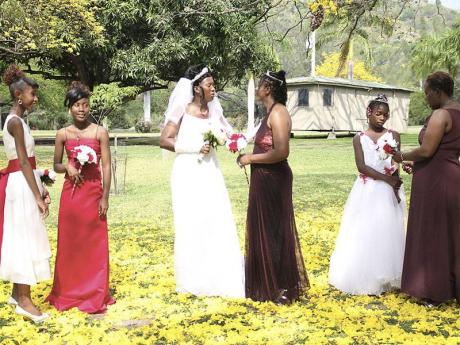 Cedric Fisher and Arlene Miller were destined to be together. They both lived in Trelawny seven miles apart and attended First Hill All-Age School. Fisher was in grade nine and Miller grade eight. But even back then, they both knew they had a crush on each other. "In those days, due to strict guidance from home, and very christ-like behaviour, all we did was smile at each other," Miller confessed.

Miller went on to Holmwood Technical High School, and didn't see Fisher for many years.

While Miller was studying at Brown's Town Community College for a degree in business administration from the University of Technology, Jamaica, they reunited at a birthday party her cousin was hosting back home. "I was forced to attend to be the MC for the party, and he was forced to attend to listen to the sound system being operated by his brother."

That was in 2005, and the re-union was quite a surprise. "I just couldn't believe that I was seeing him in living colour. I can still remember the smile on his face when he said to his friends, "This woman should be my wife long ago, but she doesn't want me." We both started laughing.

They immediately began corresponding via telephone as Fisher was now living in Kingston.

Four months later, Miller had to relocate to Kingston to finish the two final years of her degree.

The relationship blossomed. She told Flair that Fisher was totally committed to the relationship; visiting her on campus was the norm. He stayed up with her to ensure that her studies were completed and her needs met, even if it meant depriving himself.

In November 2007, she received an upper second-class degree and a few years later her master's degree. "His undying love and interest motivated me for my achievements."

On February 19, they were united not only as husband and wife, but united with God in baptism.

"I want the world to know that there are still good men out there; Cedric is truly the epitome of one. He went the extra mile to allow me to complete my studies. I couldn't have made it without him. I thank God every day for sending him back to me."