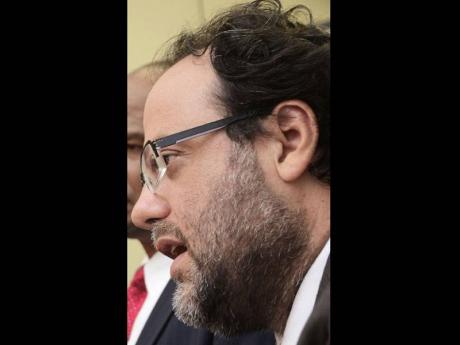 As thousands of Jamaicans continue to shun jury duty, information from the Ministry of Justice has confirmed that the Government is struggling to promptly pay the $500-per-day stipend stipulated by law to jurors.

Mark Golding, the minister of justice, said cash-flow problems on the part of the state has been impacting the payment of the stipend.

"As in many other areas having to do with Government, it is a reflection of cash flow. We have to first pay the debt, salaries. ... there are many providers of services to Government who have to wait," Golding told The Gleaner.

He told The Gleaner that $14.5 million was paid to jurors in the 2011-2012 fiscal year. "This includes an amount to clear the arrears owing to jurors," he said.

"Whether going forward the ministry will have the cash flow to make payments promptly, I cannot say. I can't make any promises," added Golding.

The Ministry of Justice has revealed that during the 2007-2008 fiscal year, it spent $10 million for the payment of jurors. That figure was reduced to $7 million the following financial year and even further in the 2009-2010 fiscal year when the ministry paid out "just under $3 million, although there was no provision by the Ministry of Finance and the Public Service for the payment of stipend to persons empanelled as jurors".

In the meantime, the number of persons shunning jury duty remains high. Statistics provided by the justice ministry showed that during the 2007, 2008 and 2009 calendar years, a total of 48,194 jury summonses were prepared, 10,362 were served and only 3,764 persons attended court for jury selection.

Golding opined that the failure of the state to pay the stipend to jurors quickly may be a factor in some persons shunning jury duty. He, however, said it should not be considered to be the major problem.

He said there are problems relating to security as well as serving persons with summonses to attend court for consideration for duty.

The justice minister lamented that many cases are stalled because citizens do not turn up for jury duty. He said the ministry is being forced to consider reducing the types of cases that require a jury trial.

In a letter to the editor published earlier this month, a juror lamented over the need for the Government to pay up promptly when people report for jury duty.

"One day after daily attendance, I noticed one of the other female jurors giving the unemployed female juror taxi fare to come to court the following day. Embarrassed at not being able to contribute, being inactively self-employed, I pretended to be unaware of what had transpired. I myself had to borrow the money for taxi fare for the three weeks of jury service," the juror noted.

He continued: "I asked a judge what the remuneration for jury service was and was informed it was $500 daily! And the total amount would be paid two to three months after jury service was completed. The taxi fare alone for many of the jurors was more than $500 daily, apart from the cost of lunch!"

The daily rate was increased from $5 to a flat rate of $500 in 1998 to cover all costs incurred by the individual serving as a juror.

"This rate of $500 per day remains in effect. The Ministry of Justice is reviewing this rate, and seeking to identify funds for the implementation of such a new rate once approved by Cabinet," the ministry said.

The ministry noted that the rate review was being done in consultation with the Court Management Service.

While acknowledging that the current rate needs to be increased, the justice ministry stressed that the actual level of increase is to be decided and that the availability of resources would be a major factor.

"We are advised that jurors in Trinidad and Tobago are paid TT$10 per day. This is equivalent to J$134.76 at today's rate of exchange. In addition, a juror who uses public transportation to and from court sittings is reimbursed all costs reasonably incurred. A juror who uses their private vehicle to travel to and from court sittings may, in the discretion of the registrar, be paid allowances for the use of the vehicle as are normally paid to public officers.

"In The Bahamas, jurors apparently receive BSD$15 per day. This is equivalent to J$1,310.66," the ministry noted when asked if Jamaica's current rates were in step with what obtained regionally and internationally.

The minister says it is "time overdue" to increase the stipend that is being paid to jurors. However, he would make no commitment as to when he would seek to do this, indicating that such a move is "dependent on how funds become available".