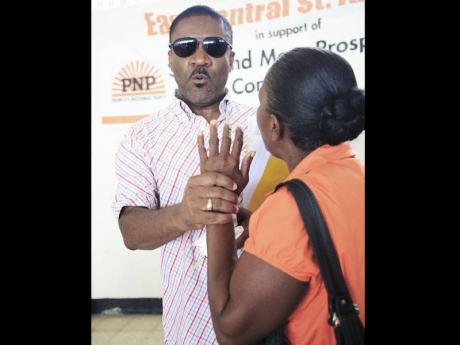 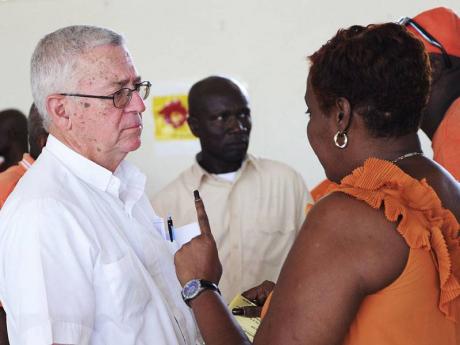 The decision to widen the general consumption tax base to include a number of basic food items, party insiders say, was a major issue for delegates who attended the closed-door meeting of the Regional Executive Council for the PNP's Region Three at Tarrant High School in St Andrew.

The concern, according to one insider, was how the party's grassroots supporters are going to react to the Budget after the PNP promised in the last general election campaign that it would seek to improve their well-being.

Three members of the PNP parliamentary group, Phillip Paulwell, Ronald Thwaites and Julian Robinson, admitted that there were concerns about the impact of some of the tax measures, but expressed confidence that the delegates left with a clearer understanding of the rationale for the decisions that were taken.

"We are encouraging our Comrades now to go into the communities to explain why we took these decisions," said Paulwell, who is the PNP's Region Three chairman.

Some of the concerns raised by delegates, according to Paulwell, include the lack of consultation before the measures were crafted and implemented and how the tax burden was distributed, with some delegates suggesting that the banking sector could have been asked to "take on some more".

"But he (Phillips) explained that he did not want to go that route because it may affect some banks that are not as strong as others," recounted Paulwell, who is the minister of science, technology, energy and mining.

Thwaites, who is the minister of education, said "no austerity programme is ever going to be wildly popular".

He insisted that there was strong support for the measures and the integrity of the finance minister.

Following yesterday's meeting, Robinson said the party has given a commitment that it will embark on a series of consultations across the island to "explain the rationale for our decisions".

"Not just to party members, but we will be taking it across the country and engaging the public in a debate and a discussion on the Budget," he said.

The meetings are expected to start shortly after the Budget Debate is completed.

"I expect that shortly after we have completed the parliamentary debate, we will be on the road discussing with the Jamaican people the reasons we have made the decisions that we've made," Robinson added.

Paulwell expressed confidence that at the end of the consultations, Jamaicans will understand the decisions taken by the Government.

"Today's (yesterday) meeting demonstrate that once the people understand that we are being brave and courageous ... it will not be so difficult to sell," he said.