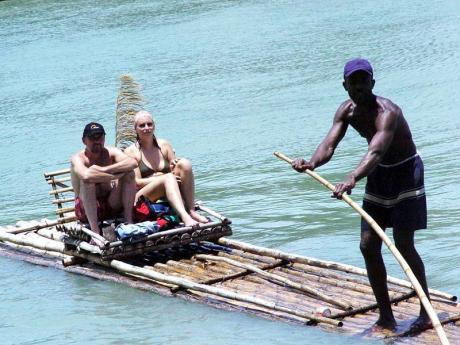 Tourists rafting on the Rio Grande in Portland. - FILE

THE Jamaica Hotel and Tourist Association (JHTA) has appealed to the Government to reconsider imposing the tax measures on the sector which were announced by Finance Minister Dr Peter Phillips last Thursday.

"The feedback received from a wide cross section of our membership indicates that these measures will have an adverse impact on Jamaica's tourist industry and, ultimately, the entire economy," the JHTA said in a media release on Saturday.

Phillips announced a modification of the GCT regime for the tourism sector. He also announced the imposition of a room tax, which will see hotels with fewer than 50 rooms paying the equivalent of US$2 per night.

The JHTA said the accommodation sector would bear the brunt of this new room tax described as an occupancy tax.

"This burden will be further aggravated by the elimination of commissions and transportation expenses as allowable deductions in the calculation of the GCT output tax."