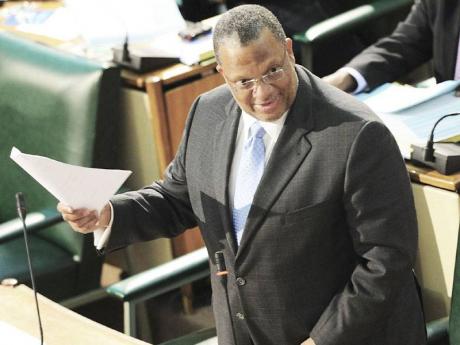 "I have often said that one of the factors behind our present predicament is that too often the Parliament is only concerned with expenditure and only the Ministry of Finance accepts responsibility for revenue-raising measures," Phillips said.

He was opening the Budget Debate in the House of Representatives last Thursday.

Interestingly, the People's National Party (PNP), which now forms the Government, had promised it its Progressive Agenda to "ensure the effective functioning of a committee on taxation in the Parliament able to consult with stakeholders in considering taxation policy and revenue-raising measures".

Despite taking state power in January, the tax committee has not been called upon by the Government to do any work.

Last Thursday, Phillips suggested that the role of that committee should be revised so it can consider the midyear report of the Public Administration and Appropriations Committee.

The finance minister wants the tax committee to make recommendations in relation to revenue measures in the next fiscal year.

"Our present predicament will test the maturity and resolve of our democracy, which too often looks at situations only through the prism of partisan competition," Phillips said.

He added: "The best gift that this Parliament can give Jamaica in the 50th year of Independence is a new and binding covenant with the people of Jamaica; to achieve, in the first instance, fiscal consolidation and debt sustainability."

Arguing that if the Government is to maintain the provision of free access to health sector, it is necessary to find sustainable funding, Chang questioned whether the Simpson Miller administration is considering certain sources to raise funding.

Chang, noting that the Government spends $3 billion in public hospitals, said: "There is absolutely no moral reason [why] we can't put an SCT on pharmacies. We can't have our cake and eat it.

"Has the ministry ever looked at the possibility of taxing some of the factors that contribute especially to health care? The cigarette smoking, alcoholism and those things?" Chang asked.