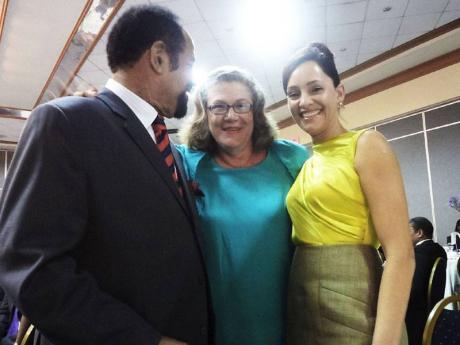 Professor Oswald Harding enjoys the company of fellow Professor Denise Eldemire Shearer (centre) and Ann-Marie Vaz, one of the new justices of the peace for the parish of St Andrew, who was sworn in on Saturday night. 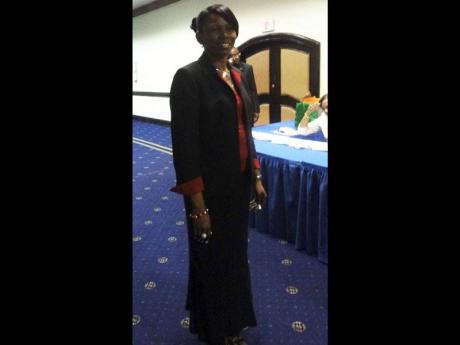 Marie Stewart of Jamaica National Building Society smiles proudly as she waits to be sworn in as a justice of the peace for St Andrew on Saturday at the Jamaica Pegasus hotel. 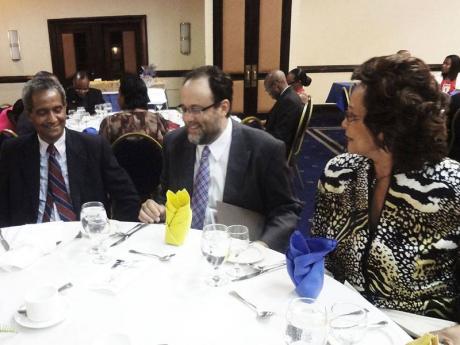 Justice Minister Senator Mark Golding has urged the newly installed batch of 100 new justices of the peace (JPs) to participate in the ministry's Restorative Justice Programme that is now being piloted in four communities - St Andrew, St James, Clarendon and St Catherine. He noted that JPs have already been trained as facilitators within the process and when established, restorative and community justice panels would be chaired by them.

Speaking on Saturday night, at the swearing-in ceremony for more than 100 new JPs, Golding also urged their involvement in the ministry's Child Diversion Programme.

The Child Diversion Programme seeks to divert young offenders from the penal justice system. He said the aim is to establish Child Diversion Committees throughout Jamaica, which will be responsible for monitoring children who have been diverted from the penal system, as well as assisting in determining the best course of treatment to ensure their rehabilitation to society. He said JPs would be called upon to sit on these committees.

"You have been appointed as justices of the peace because of your exemplary conduct and because people look up to you. You will be expected to give of your time and service to the development of your country and its communities and to the cause of justice among your peers. You stand out as role models of integrity and trust," Golding said.

As part of the fulfilment of their mandate, justices of the peace are also required to perform the following duties free of charge to the public:

Perform lay magistrate's duties (if they so desired), which include:

i) Serving as justices in petty sessions court.

Golding told the new JPs that the ministry was in the process of seeking to have lay magistrates also assist with matters such as small-money claims and "a wider array of minor offences, such as the possession of a small quantities of ganja and traffic-ticket offences.

"This is part of the overall strategy to improve the flow of cases through our courts and reduce the bottlenecks that exist in the overwhelmed Resident Magistrate's courts," he said.