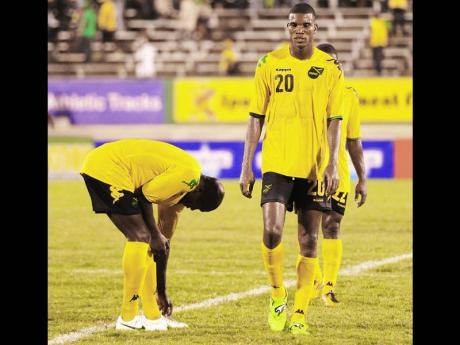 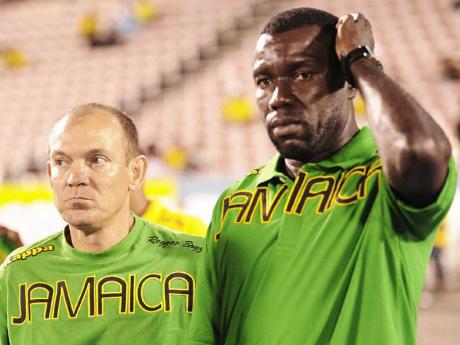 
Leading up to yesterday evening's game against Panama inside the National Stadium, Reggae Boyz head coach, Theodore 'Tappa' Whitmore, stated that he considered the match a perfect test ahead of the team's opening CONCACAF World Cup Qualifying (WCQ) semi-final round match against Guatemala on June 8.

The Boyz failed the mock exam miserably, as a 17th-minute goal by Luis Renteria was enough to earn Los Canaleros (The Canal Men) a 1-0 victory.

This was the senior team's first defeat inside the National Stadium since 2007 and first in five outings since the start of the calendar year, as they are coming off four victories and a draw.

This result and, more worryingly, the team's performance left a lot to be desired for the local fans, who booed the team at half-time and again following the final whistle.

The nation is now left concerned as to how the team will fare when the real test of the World Cup qualifiers comes along with Jamaica pitted in Group A alongside Guatemala, Antigua and Barbuda and the United States.

The teams will renew their battle on June 1 in Panama City, as the 52nd-ranked Panama are also preparing for the next round of qualifiers where they will face Cuba, Canada and Honduras.

The Panamanian team, which was missing six of their regular starters, sounded an early warning in the second minute when Renteria got off a tame shot from the centre of the area, which went harmlessly wide.

Fifteen minutes later, Jamaica were made to pay for some non-existent marking, as Renteria got off an unchallenged header from a right-sided corner that was deli-vered by Amir Waithe, which left custodian Dwayne Miller rooted to the spot as it hit the back of the net to hand the visitors a 1-0 lead.

Jamaica attempted to muster a response in the 21st minute when Keammar Daley found himself unmarked in the area, but he volleyed well over the bar.

One of the few bright sparks for the team was Stoke City man Ricardo Fuller, who got in 90 minutes of play. He came closest for Jamaica in the first half when his curling effort from the right side of the area came back off the left upright.

Panama emerged for the second half with an obvious plan to maintain ball possession in midfield, something they were able to do with good effect.

Whitmore rang in the changes in the second half, with introduction of a number of offensive players, including Chris Humphery.

The Motherwell player, who was making his debut, had one moment of note in the 63rd minute when he executed a 35-yard drive which cannoned off the right post. Outside of that though, the 24-year-old's first touch looked unsure and he did not link up well with Xavian Virgo on the right.

Another second half substitute, Errol Stevens, exchanged passes with Marlon King on the top of the area before getting off a curling effort which the Panamanian keeper and captain, Jaime Penedo, moved to his right to save.

A goalmouth scramble in the 85th minute provided Jamaica with another goalscoring opportunity after a header by Claude Davis was parried by Penedo. The follow-up efforts by Fuller and Rohan Reid failed to hit the target.

Jamaica's assistant coach, Alfredo Montesso, revealed that the team was most disappointed with the result which he believed came down to a moment of lapse in concentration and poor chemistry.

"We didn't play a good game, but Miller did not make a single save and we missed some opportunities," Montesso expressed.

"We felt a little bit of lack of chemistry in the team today, but some of them are playing for the first time together. It was a lack of concentration on the corner kick that we paid the price for," he added.

Panama's coach, Julio Dely Valdes, was pleased with the result, especially given that so many of his key players were missing.

"Jamaica had some good chances, but in the first half we managed to score a goal and that was the goal that stood until the end of the game," Valdes recounted through an interpreter.