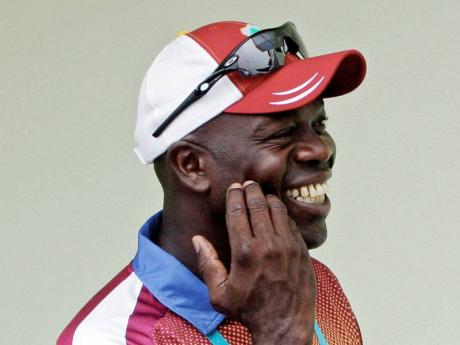 It's said great players don't necessarily make great coaches. True. It isn't even necessary to have played the game at international level to be a great coach. But, it's also true that ordinary top-level players make ordinary coaches. The best coaches are unfamiliar with mediocrity. Either they stayed away from high-level competition or they excelled at it.

The best coaches don't have modest international playing records to protect and want players to excel. They seek and relish technical advice from former greats, often appointing former greats as assistants in specialised disciplines. Next best are unselfish former greats. The common denominators are the ability to motivate and the desire to pass along life lessons born of knowledge and experience. Any 'that's-for-me-to-know-and-you-to-find-out' mentality produces losing records.

Bill Parcells, who coached two winning Super Bowl teams, never played a single NFL game. A born teacher, he spurned a baseball contract with the Philadelphia Phillies offered to him as a college freshman and instead obtained a physical education degree.

His coaching record, which sports analysts worshipping at a statistics altar might consider unspectacular, is my idea of the best in any sport. Others have won more Super Bowls; posted better win-loss records.

When Parcells took over the New York Giants, the team had one winning season in its last 10. After a disastrous first season, Parcells put his faith in quarterback Phil Simms, whose humility, desire to learn, and work ethic made up for his questionable talent base. The Giants immediately produced 9-7 then 10-6 seasons before twice going all the way.

After a two-year hiatus, Parcells went to the New England Patriots, who were then the worst team in football. Within two years, he coached the team to a 10-6 record and its first playoff game in eight years. Then, he guided the Patriots to Super Bowl XXXI but lost to the Packers. The Patriots' progress under Parcells was probably a better result than his two championships with the Giants.

Finally, he moved to the Jets, another pathetic team (4-26 under its previous coach). Parcells' first year was a winning one (9-7). They made the play-offs the following year (12-4), losing the AFC Championship game to the eventual Super Bowl winners.

Luis Felipe Scolari never played anything near international football but became a great football coach. In 2001, with five qualifying games left and Brazil looking like missing the World Cup, he became Brazil's coach. Brazil won the 2002 World Cup. Next, he coached a Portuguese national team that hadn't exited World Cup group stages since 1966, qualifying only twice since then. Portugal were 2006 semi-finalists and lost in the 2010 knockout stages to eventual winners Spain.

Great coaches motivate poorly performing teams to become excellent teams. Then, there are West Indies cricket coaches. For example, John Dyson, who twice participated in South Africa 'rebel' tours and played 30 Test matches allegedly as a batsman but averaged 26, couldn't count to 7 (or identify numbered columns). In his defence, he said: "When it came down to that last wicket, I didn't go across the column. I went down the wrong column ... . I've apologised to the team ... . It was a bad mistake." You think?

Ottis Gibson, whose qualifications were a 91.66 Test bowling average and a formal education at Barbados' Ellerslie Secondary, was recently characterised by the British press as hoping to take a Test match against England into the fourth day. Skipper Sammy actually told the British media he's "pleased" West Indies took the game into a fifth day. Does this mean he's "pleased" WI lost?

Finally, one 2012 Dunce Award nominee for the all-time stupidest public statement is WICB CEO Ernest Hilaire, who actually said: "The emphasis is on selecting, not necessarily the 11 best players but the 'best eleven'. It's not dissimilar to asking whether we prefer a team of stars or a star team." I swear to God. Who could make these things up?

Perhaps the earnest Mr Hilarious could explain how to produce a 'star team' without 'stars'. So, the WICB has publicly conceded it's desperately seeking mediocrity. Young aspiring cricketers now know they needn't be the best; just the most malleable.