The Fyah and the Trod 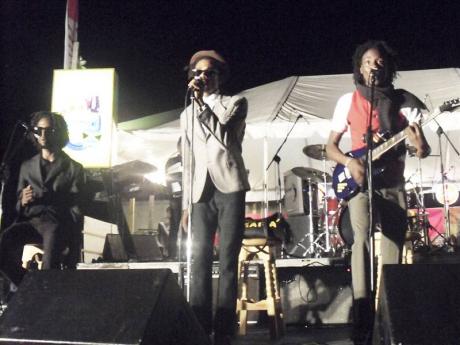 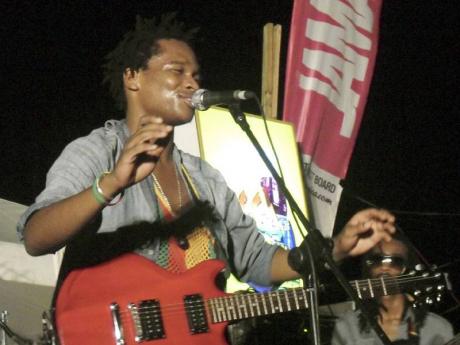 The first night's musical entertainment at the Calabash Literary Festival did not disappoint. It featured unconventional acts: Raging Fyah and No-Maddz. Both performed well and ignited the stage with their high levels of energy.

Raging Fyah's entire set featured 11 songs. They began the musical offering with an instrumental solo from Kumar who set the pace for greater things. After the introduction, the group continued with Step Outa Babylon, Irie Vibe, Karma. They continued the transition with the debut of Sunshine which was penned by them and produced by Bobby Digital. The group left nothing for later, giving all they had, musically, on the stage. They forged a connection with the audience and aptly transmitted who they were as artistes.

They did a complete and convincing set. They clearly impressed the audience, who did not show any sign of lethargy even though it was after midnight. and many had been at Jakes all day.

In fact, they were fully engrossed in the performance and showed their pleasure by dancing, rocking and singing along to the songs they knew like Behold and I and I.

When the time expired, some members of the audience called for an encore. However, their calls were ignored by MC Seretse Small who reminded them that the show was operating under time constraint.

No-Maddz did not disappoint either but continued with the high energy that defined Raging Fyah's set.

After a quick band change, the six-member group, inclusive of a new bass player, made their presence known by starting out with the track Rise Above Profanity or the 'Poo Puku Poo Puku Poo' song.

The group entered the stage in signature '60s-inspired outfits, complete with props such as two travelling bags, and a change of outfit which Shepherd later donned, an unidentified libation which he fittingly drank out of a small calabash throughout the show.

The set was started by Everaldo Creary, who used a coconut grater and a fork as his musical instrument. That was later supported by guitar, keyboard and drums. The audience at first seemed curious about the ensemble but later grew to accept it.

No-Maddz displayed a variety of antics and mannerisms, which had a dual effect of delighting or distracted one from the essence of the production.

The group interacted with the crowd, who rewarded the members with appreciation in the form of screams and catcalls.

After the initial item, No-Maddz continued their set with The Trod, No-Maddz's attempt at offering encouragement on life's journey.

Take You to a Place, the next item, a diverse number, was led by member Oneil Peart who showed his vocal prowess by providing a consistent falsetto undertone.

The song, which had a number of suggestive connotations, gave each member the opportunity to display his personality through small-embedded solos.

The final number, Mountain Lion, a song that uses a strong feline motif to demonstrate strength, was also well received by the crowd.

In interviews with The Gleaner, prior to their performances, the bands said they were happy to be at the festival.

Sheldon Shepherd, speaking on behalf of No-Maddz, said the festival was a natural fit for them because it represented the group's current line of work and origins as dub poets though it has added a musical sound.

Currently, the No-Maddz are promoting a new seven-track Extended Play with its version of a 50th independence theme 'Sort out yuh life Jamaica', and is looking forward to a concert in support of Jamaica at the London Olympic games in August. Similarly, the members of Raging Fyah were elated to be at the festival and endorsed the performance aspect of the festival.

The group said its upcoming projects included the promotion of its new single, a European tour inclusive of summer festivals in Germany and Poland.

There are also plans for a show in Miami on June 15 during the Caribbean Cultural Awards.