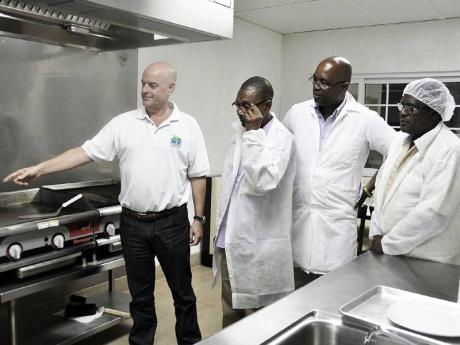 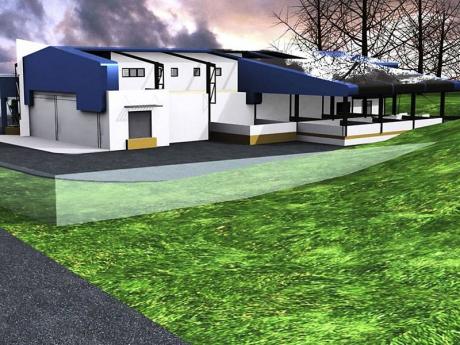 Artist's rendering of the Sweet River project in Westmoreland.
1
2

The US$2.3 million state-of-the-art Sweet River Abattoir project in Westmoreland could be dead before it gets off the ground as a result of the 16.5 per cent general consumption tax (GCT) added to animal feed and pork, say the island's pig farmers.

Ground was broken six months ago on the massive venture, which is set for completion in November, but the investors, Sweet River, some 500 farmers, and Caribbean Producers Jamaica Limited (CPJ), say the development - the largest combined investment in the history of the pork industry - faces imminent suspension.

"The announced GCT will see an increase of 12 per cent to the current price of pork from the farmers, and consumers will pay an alarming 25 per cent more," said Sweet River's managing director, Valdence Gifford. He cautioned that with chicken being exempted, pork would be at a severe disadvantage.

"Why would anyone want to purchase pork now?" added Gifford.

On average, consumers are currently paying between J$180 and $200 per pound for pork.

Gifford's concerns have been echoed by treasurer of the Jamaica Pig Farmers' Association (JPFA), Henry Graham, who revealed that a number of the island's farmers have invested some J$300 million into improving their infrastructure to supply the new abattoir and the new processing facilities at CPJ in Montego Freeport, and the new measures would have dire effects on their investments.

"It will also affect our ability to compete with the rest of our CARICOM partners. If this takes effect, it would result in the industry dying," he argued, noting that the farmers had not taken into account the magnitude of the increase in doing business.

The idea behind the abattoir was to ensure the industry became self-sustainable, having the ability to produce meat products that are traditionally imported, and that have been reared, handled properly, and processed, saving the country millions of dollars.

Currently, the country imports an average of three million kilograms of pork annually.

"We can reduce that by one-third. However, we feel that the Government did not put enough thought into the taxation implications. We were encouraged by the Government to increase our local input in order to reduce importation, and over the last three years, this has been progressively done, culminating with this investment," said the JPFA treasurer.

CPJ's co-managing chairman, Tom Tyler, is convinced the new tax will kill any potential the industry might have to export.

Tyler said CPJ invested J$350 million into a modern processing plant, and with the abattoir, could apply for certification for export.

"This has always been our response to successive ministers of agriculture who have encouraged us to invest in local farm production. The one industry that has the most far-reaching effects in Jamaica is agriculture. Protecting that industry is protecting the most vulnerable in the society," he argued.

Investor Neville Grant, a returning Jamaican, also expressed disappointment with the taxation measures, stating that he was giving up his dental lab practice in New York to concentrate on pig rearing, and the increase had placed a damper on his outlook and decision.

"I am trying to help the pig industry that has been lagging 50 years behind other developed countries," said Grant. So far, he has invested US$1.4 million in his own farm, and J$5 million in the Sweet River project.