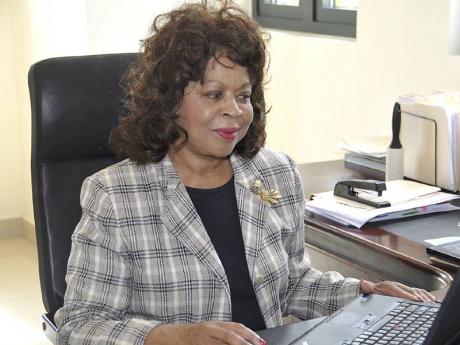 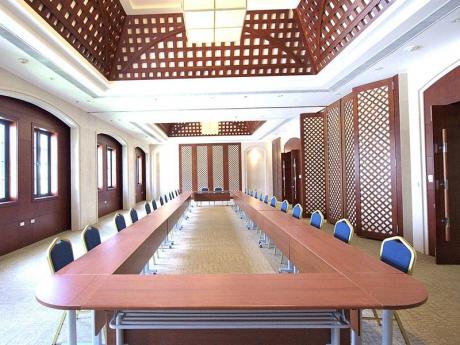 A meeting room at the Montego Bay Convention Centre. - Contributed
1
2

Dittie Guise, general manager of the Montego Bay Convention Centre, has rejected the view that the multimillion-dollar facility, which was constructed to host major international events, is now operating primarily as a venue for local entertainment.

While noting that such a perception might have been formed based on the fact that the facility has hosted some 160 local events since it opened in April last year, Guise said that doesn't mean the intended purpose of the facility has been abandoned.

"We have signed our first set of international conventions," said Guise. "Our first major event is the International Women's Forum, which is coming March next year. The other is with a group out of Canada, who would rather we not identify them until the contract has been signed. They plan to come here in May of 2014."

Contrary to Guise's optimism, however, Evelyn Smith, president of the Jamaica Hotel and Tourist Association (JHTA), said stakeholders in the tourist sector are concerned as they are yet to see any tangible benefits from the construction of the expensive convention centre.

"From where I am sitting, it is a cause for concern as we are not seeing the conventions coming," said Smith. "The lead time before a company books a convention is, like, two years. So to get the ones to come in, we should have had marketing before the centre was opened."

As a matter of priority, Smith said the administration at the centre needs to engage the JHTA, or its members in the Montego Bay area, to assist with the marketing and promotion of the centre.

In her administration's defence, Guise told The Gleaner she and her staff had already established a working relationship with hotels, especially those located along, the 'Elegant Corridor' in Rose Hall, Montego Bay, where the conference centre is located.

"We work very closely with the hotels along the Elegant Corridor," said Guise. "We have already met with the sales-management teams of the hotels, and we've had great support from all of them, including Iberostar, the Hilton, Ritz Carlton, Sandals, and Half Moon."

She added: "If they get a lead and they need extra space, they come to us. If we get a lead, we push it out to everyone and see who has the room nights to be able to accommodate visitors."

"Contrary to popular belief, the regular tourism market and meetings and conventions market function differently," continued Guise, who explained that advertising was now being done in industry magazines targeting Europe and Latin America.

"Based on the time we started marketing and promotions, I believe we have been doing well," said Guise. "We are looking at the African-American market. I have just returned from the National Coalition of Black Meeting Planners, and we got some solid leads from that. I spoke with a select group of meeting planners who are planning to come to Montego Bay for a familiarisation tour before this year is out so we can educate them even further."

At the official opening of the convention centre, former prime minister, Bruce Golding, announced that the Jamaican Government had approved a seven-year contract valued at US$2.4 million to ensure a continuous flow of conventions to the centre. He argued that Jamaica would be well positioned to take a piece of the US$280-billion worldwide conventions and conferences market.