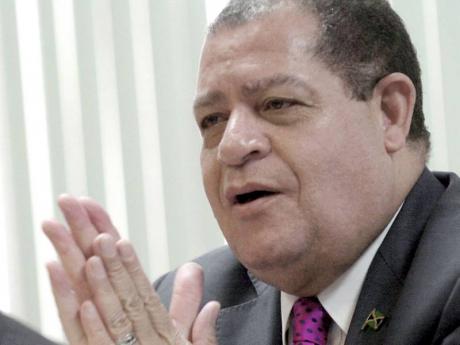 WITH A $19.4-billion tax package that has created unease among some sectors of the economy, Opposition Spokesman on Finance Audley Shaw will today step up to the wicket at Gordon House to deliver what is expected to be a bruising response to his counterpart, Dr Peter Phillips' presentation.

Shaw, with four years' experience as finance minister under his belt, told The Gleaner yesterday that he would be addressing the Government's tax measures as well as issues relating to tax reform.

The former finance minister said he would be spending a great deal of time dealing with the question of "how you can put muscle into the economy to build competitiveness".

In a pre-Budget presentation strike at Phillips, the opposition point man on finance described as a "real outrage" the Government's decision to increase general consumption tax (GCT) on electricity bills over 300kWh. This means that electricity usage over 300kWh will be taxed at the rate of 16.5 per cent.

The current rate of GCT on electricity is 10 per cent for usage above 200kWh.

Phillips, in his opening Budget presentation last Thursday, said the administration would increase the threshold on electricity usage from the current 200kWh to 300kWh.

Taking a jab at the finance and planning minister, Shaw argued that "it is ironic that they promise to eliminate the GCT on electricity and what they eventually did was to work a formula to actually increase the take".

While the Private Sector Working Group (PSWG) has given Phillips the thumbs up for some of the measures introduced to raise well-needed revenue, other sectors such as tourism have come out swinging against taxes imposed on the sector.

Tourism players will be attending a meeting today to determine their next move in relation to tax measures announced by Phillips.

Yesterday, the Jamaica Hotel and Tourist Association said feedback from a wide cross section of its membership indicated that the tax measures would have an adverse impact on the country's tourist industry, and, ultimately, the entire economy.

Last week, Phillips announced a modification of the GCT regime for the tourism sector. He also announced the imposition of a room tax, which will see hotels with fewer than 50 rooms paying the equivalent of US$2 per night.