Mini mob and missteps in May Pen 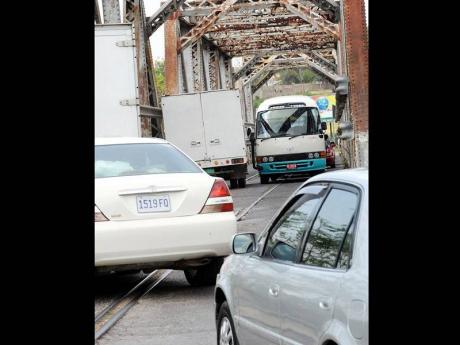 Vehicles at both ends of the May Pen bridge in Clarendon attempt to cross at the same time. - File PHOTOS 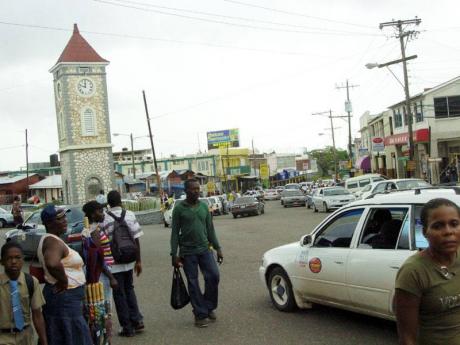 A section of busy May Pen, Clarendon.
1
2

It appeared as if the man in the blue station wagon couldn't find a place to park in May Pen, Clarendon, so he did what he thought was logical. He parked the car in the middle of the road. This, of course, resulted in a bit of a traffic pile-up, but as far as the driver was concerned, everyone was overreacting.

"Yuh nuh see seh ah bread mi go buy?" yelled a portly man running towards the car. Sure enough, he was carrying a giant loaf of bread. A hostile crowd had gathered around the station wagon and there was talk of pushing it out of the roadway. One anarchist in the lot suggested the car be set on fire to teach a lesson to the offending driver. Luckily for him, the man with the bread arrived just in time. Panting from his short sprint, he jumped into the car and, as the crowd yelled obscenities, he started it and sped off.

The mob dispersed and traffic started moving again. I walked over to the sidewalk near the bakery in which the man had bought the bread. A woman wearing a cap turned backwards stopped in front of me. At first, she didn't say anything and it was getting a little awkward. I cleared my throat and said hello.

"Any bottle water today?" she asked, holding up a small red bucket. I decided to partake. It was a particularly warm morning. After I paid for the water, I took a hearty gulp. The woman put the bucket on the ground and used her hands to fan herself. She told me her name was Christine.

"Di place hot eeh man?" she said. After my drink of water, I nodded. "You belonging to around here?" she asked. I told Christine that I was not from May Pen and that it had been quite a while since I last visited.

I chuckled and told her that I had made a few missteps myself and had, since arriving in the town that morning, bumped into at least four persons who were not amused by the encounter.

A man wearing a wide-brimmed hat and sunglasses walked up to us. He looked a little odd in the get-up, like a character playing a tourist in a roots play. He handed Christine a $100 bill and, in return, received a bottle of water.

The man gave a wide smile.

"Yuh nuh got nuh hat. Dog nyam fi yuh supper tideh," he said. It wasn't exactly a helpful statement. I told the arrogant hat-wearer that I would have been better prepared if it had not rained the day before. I just didn't expect the heat.

"Den yuh must always prepare, cause yuh never know what is what," he said. I looked at Christine, who grinned and walked off with her bucket.

The man in the hat walked away drinking from his bottle of water.

I headed further up the road. There was a large shopping plaza nearby and a policeman who appeared weather-beaten was doing his best to direct traffic. I saw a woman sitting on a plastic chair by the side of the road. There was a bag of tomatoes in front of her. She was about 60 years old and was a picture of serenity in an otherwise bustling town. I introduced myself to her.

I asked the woman if she was from May Pen.

"No, mi really live into Porus, but mi come down and sell where the crowd is," she said.

I asked her how she was handling the heat.

"Well it really get hot, but weh yuh can do? Yuh haffi live wid di hotness for ah just so it go," she said.

I told her that was a rather calm approach to the situation.

"When yuh reach my age, yuh nuh meck certain tings badda yuh. Yes it hot, but one next day it must cold and ah just so it go round and round. Yuh teck what yuh get and pray fi better days," she said.