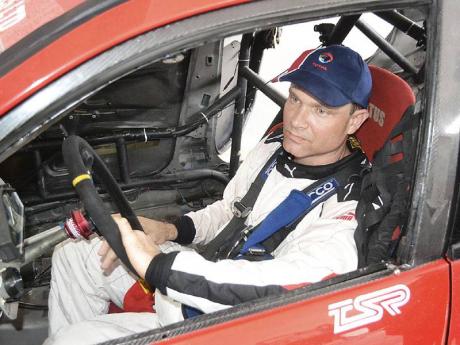 David Summerbell's impressive lap record of 1:17 seconds has had an intimidating effect on the Barbados and Guyanese drivers, some of whom have started to declare him the odds on favourite to take the 2012 Seaboard Marine Caribbean Champion Driver's title.

"I have faith in him. With the performance he displayed in the last race, he has proven himself to be very good. I don't see him losing the championship. My only regret is that I can't buy him a formula one car," commented Harold Hopkinson, one of the Guyanese drivers.

The former Campion College schoolboy stole the spotlight at Sunday's first leg of the Caribbean Motor Racing Championship (CMRC), held at the Dover Raceway, St Ann. He won five races, which included the three CMRC events and one each in the Thundersport One and Modified Production 4 Classes.

Jamaica now in the lead

Following Sunday's event, Jamaica now lead in the points standing, while Summberbell is on top of the tables, for a shot at the title.

It was a day when the Jamaican drivers dominated the track, sending a strong message to their Caribbean rivals, indicating that they are coming back for the major regional titles which eluded them last year.

"When they come to Guyana for the third leg, I don't think they will be able to perform the way they did (on Sunday), because we will be at full strength," said Hopkinson.

Head of the Barbados delegation, Kurt Seabra, believes Summerbell's lap record has put him way ahead of everybody.

"I am pretty sure he is going to win the championship," said Seabra.According to Summerbell, it was one of the better days in his racing career.

"It was one of those days when everything went right, thanks to my service crew which spent sleepless nights getting the car ready," Summerbell told The Gleaner yesterday.

Sunday's race meet attracted another massive crowd, which crammed the Dover facility. Though there were spills and thrills, one of the biggest disappointment for fans was the early exit of Doug Gore and his Audi TT.

Gore confirmed that he was hit from behind and that resulted in some major damage to the car."Right now, I think we will have to ship the car to the manufacturer in Germany for repairs. At the moment, I am worried about the cost and I am even asking myself if this is the end of my racing career," said Gore.