'We did not play a good game' 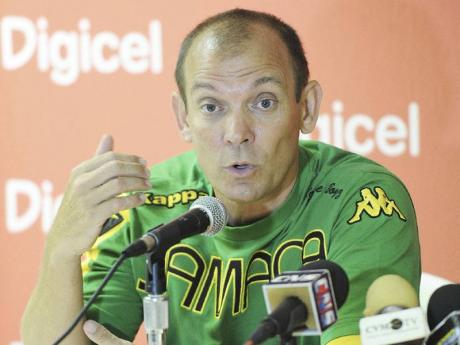 Alfredo Montesso, assistant coach of the Reggae Boyz, said they felt very disappointed after their 1-0 loss to Panama in the friendly international on Sunday at the National Stadium.

The defeat comes shortly before the country's opening World Cup qualifier against Guatemala on June 8. It caused concern among the Jamaicans fans, who booed the Reggae Boyz after their lacklustre performance in the first half and again after the final whistle.

This was the Reggae Boyz first defeat at the National Stadium since 2007 and the first at any venue this year, having registered four wins and a draw including 1-0 and 4-0 triumphs over Cuba in a two-game series.

"The Jamaicans have a right to (boo) because they come here and they supported the team and they expect the team to do good," said Montesso.

"The players felt really bad losing the game and I really think that they are committed to making Jamaica proud.

"The players want them (spectators) to be proud, but I think that they cannot complain because the players tried hard," Montesso said. "They were fighting in the game, but we were not creative and we did not play a good game."

A bit of luck

He added that with a bit of luck the result could have been a bit different, as the team hit the post on two occasions through strikes from Ricardo Fuller and Chris Humphrey.

"I think what we never did was work to create space in their back line and if we had that then we would have won the game by three or four goals," he said.

"Miller (Dwayne, Jamaica's goalkeeper) did not make any saves and it was a free header that they scored against us and this was as a result of lack of concentration and we paid the price for that," Montesso said.

"We did not underestimate them because we knew what they were capable of, and in the team talk, we spoke to them (players) about the stats that they have and how they did in the Gold Cup," he said.

The Jamaican squad will be strengthened for the return on June 1 in Panama City with the inclusion of midfielders JeVaughn Watson and Rudolph Austin, forward Ryan Johnson and goalkeeper Donovan Ricketts.

"I think you can look for a better pace in the game (second match), especially like how we will be having a number of experienced players coming for the game; and I expect some more chemistry in the team," Montesso stated.