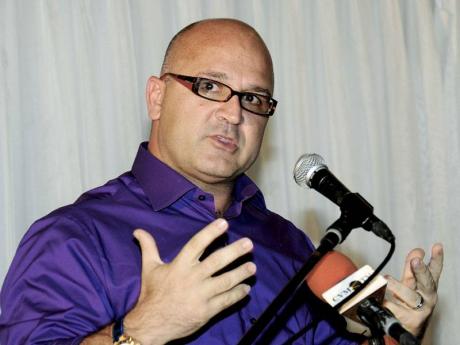 Kosvogiannis said Fiesta Jamaica, which is planning to break ground for an additional 1,000 rooms, pending approval by the National Environment and Planning Agency, pays J$30 million per month, on average, to Jamaica Public Service Company - or J$360 million per year.

"The group has instructed me to take a firm step towards the introduction of alternative energy sources. Our energy bill is the highest for any resort in the island, not only because of the number of rooms, but because of the land acreage," said Kosvogiannis.

"The monthly bill has risen 130 per cent since the hotel was opened," he said, while noting that his electricity bill exceeded those paid by any other resort in the global Fiesta chain.

Kosvogiannis did not indicate the budget for the energy project, nor the replacement systems under consideration.

Fiesta Jamaica joins an increasing list of companies exploring alternative energy sources, including beverage companies Wisynco Group and Pepsi Cola Jamaica Bottling Company, which is now weighing the feasibility of its own plant, powered by either LNG, bunker or coal.

Inside Fiesta's own industry, the stalled and indebted Palmyra hotel and condominium development in Montego Bay commissioned a US$20-million power plant on November 1, 2009, which is slated to produce electricity from liquid petroleum gas.

The Palmyra power plant, when complete, is expected to have generating capacity of 3.2 megawatts.

The expansion is expected to employ 2,000 workers during the construction phase and 1,100 staff when the new rooms are in operation, the country manager said. He said the hotel employs 1,010 at peak occupancy and 700 off-peak.

Fiesta plans to apply for a casino licence once the hotel expands. The hotel now has 1,050 rooms in total, but needs a minimum room stock of 2,000.

"We do plan on meeting the requirements set out in order for a licence to be granted," Kosvogiannis said on Monday.

He said plans for the new rooms include the introduction of royal suites, butler service and swim-up accommodation.