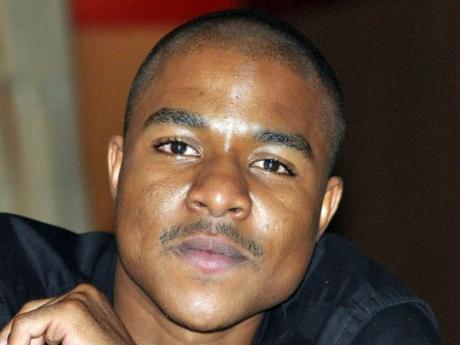 I watched Finance Minister Dr Peter Phillips' Budget presentation last Thursday. I didn't actually hear most of it, since, at that moment, I had more pressing matters to attend to: namely, sitting in a barber's chair with clippers shrieking in my ear.

I made a gallant attempt at lip reading which, I later realised (and you will soon learn), led me dramatically astray.

What I imagined I saw from Dr Phillips' lips was the following:

"My fellow Jamaicans, last night, as I slept comfortably beside Sandra, the pleasant, recurring dream in which I finally occupy the big chair at Jamaica House was abruptly interrupted by the spirit of Michael Manley. I am no Desmond McKenzie, thus Comrade Manley did not, in the vein of his political arch-nemesis, come armed with a paddle to discipline me for my incautions. He did, however, bring with him this message to you, the people of his beloved Jamaica:

'We are not prepared to accept a society, indefinitely, in which the worker is permanently the hewer of wood, the drawer of water, the mindless cipher that has no place, no ideas, no contribution that is creative that he can make.

'Because we base the whole of our philosophy on faith in the people, we are trying to create a society in which the people have proximate opportunities to express themselves and develop their creative potential through a working democracy at every level.

'We do not believe that the right to vote every ... five years ... is itself democracy. Nobody has a democratic experience when the only decision that they take, of significance in their lives, is choosing between the platforms presented by two political parties. That's not democracy ... . Democracy is ... (knowing) that I am significant in my environment, and if I'm at a workplace, and I have an idea about my workplace ... there's a means by which I can make my contribution; that if I live in a community, and I don't like the way my community is being developed, I have a means of expressing that disagreement.'"

I rushed home to gather details on what appeared to be an historic presentation. I eagerly uploaded the transcript, only to discover that my lip-reading attempt had failed. Spectacularly!

What Dr Phillips had actually said was simply the same nonsense that he will likely speak next year. It is, for all intents and purposes, indistinguishable from the rubbish that Audley Shaw uttered last year. And it is virtually identical in its practical inaptness to the foolishness Omar Davies spewed for many years before them both. In short, this Budget constitutes the same desperate fiscal scampering necessitated by our legacy of myopic, rudderless leadership.

While I don't intend to undertake a detailed analysis of the Budget presentation (analysts far more versed in the art of examining the mechanics of sinking ships have already done so, ad nauseam), I must make clear that by 'nonsense', I dare not insinuate that Dr Phillips' Budget is the handiwork of a fool. Dr Phillips can, in no way, be characterised as such. The hand he played was, effectively, all he could, given the woeful cards he held.

Another pound of flesh

But the bad cards he drew were not a product of chance. We have, in recent years, been governed by a collection of hapless middle managers whose ascension to the top floor has been a product not of innovative thought or meritorious performance, but simply a function of time served on the job.

These middle managers masquerading as leaders have caused our country to be much like famous fallen companies, devoid of new thinking, left behind in a changing economy. Indeed, we are Polaroids and Kodaks in a world of Canons and Nikons, Sears and Woolworths amid Amazons and eBays, Sonys and Panasonics among Apples and Googles.

Instead of trips to new technology hubs to observe the latest in innovative thought, our rulers visit old financial centres, in search of handouts, life jackets, and straitjackets.

Dr Phillips' Budget is remarkable not in its craftiness in saving poor people $1 on a coco bread while tacking an extra $16.50 on a beef patty. What is spectacular is the temerity with which another finance minister has extricated another pound of flesh from the poor, without inculcating them with even an ounce of hope that, some day, they may live in a Jamaica in which they, through creativity and industry, might chart their own course and materialise their desires.

Michael Manley is surely doing somersaults in his grave.