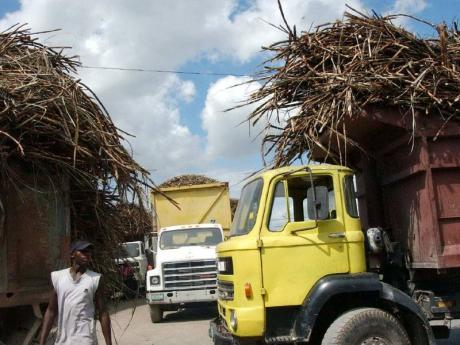 Complant, the Chinese firm which last year bought the Frome, Bernard Lodge and Monymusk sugar estates from the Government, has been the beneficiary of massive tax waivers.

A July 29, 2010 letter to the company, signed by then Minister of Finance, Audley Shaw, indicates that Complant has been given a 20-year tax holiday on five categories of taxes.

If Complant meets agreed guidelines, which were not disclosed in the document, it will qualify for renewal of corporate income tax and withholding tax on interest payments on loans or advances.

The GCT waiver applies to the purchase of goods, agricultural goods and materials, and all kinds of equipment and supplies in relation to the sugar manufacturing business. Those items include spare parts, tyres, tools, agricultural machinery, fertilisers, pesticides, cane seeds, lubricating oils, fuels and electricity.

In the case of custom duty waivers, Complant will not pay fees on the importation of equipment, agricultural materials, supplies, chattels, vehicles (not including cars and SUVs) and spare parts.

Speaking with The Gleaner last night, Shaw defended his action.

"We may forgo some duty but at least we have a viable entity that is running, people are employed and sugar is going to be reaped and exported and we earn foreign exchange," the former minister said.

He added: "You can't have a kind of myopic vision about waivers, especially in certain incentive sectors like agriculture."

Complant purchased the three factories for US$9 million or J$774 million in 2010. Earlier, the State divested Duckenfield in St Thomas and Hampden and Long Pond in Trelawny to the Seprod Group and Everglades Farms.

The Government moved to divest Jamaica's sugar assets amid mounting debts estimated at more than $35 billion.

Francis He, CEO of Pan Caribbean Sugar Company, the Jamaican subsidiary of Complant International, yesterday refused to say whether the levels of waivers received were preconditions of the purchase.

"I cannot release any information about this. It is company's business," He told The Gleaner.

He added: "Ask your government, don't ask me."

In the meantime, Shaw said the country could no longer keep the three estates acquired by Complant.

"That was a big elephant in the living room. ... It was the largest package to be divested, the most problematic, the most difficult and the one that was creating the greatest haemorrhaging in the system," Shaw said.

He said on that basis, the sale of the assets to Complant necessitated a "higher level of waiver than the others".