Where are the children in this Budget Debate? 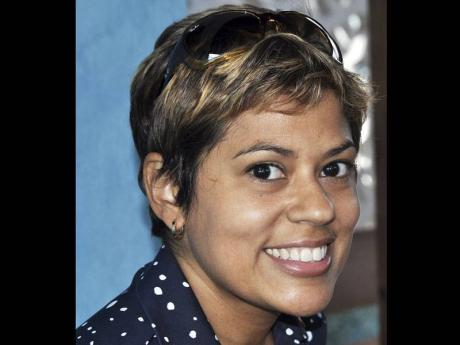 Last Thursday, UNICEF representative to Jamaica, Robert Fuderich, delivered a thought-provoking speech to the membership of the Rotary Club of Kingston, calling for children to be placed at the centre of the Budget Debate. He clearly expressed the significant return to be expected from investment in early childhood development (ECD), as per the research: healthier, happier children who are better socialised and able to achieve higher educational attainment with societal benefits that include increased productivity, significantly reduced crime and incarceration rates, reduced dependence on welfare and reduced teenage pregnancy, among other benefits.

It is very simple - invest today, save later and gain later. Logically, spending on something that saves money and provides a benefit belongs in a budget debate.

In closing, he said, "I also hope that ECD becomes a key priority of the GOJ (Government of Jamaica) with not only adequate Budget allocations to education to improve early childhood education, but also to health to improve nutrition and basic health care for young children and pregnant mothers and also to child-protection systems to ensure early identification and assessment, protection from violence and neglect and care of young children in state institutions, as well as social protection schemes such as extending PATH (Programme of Advancement Through Health and Education) benefits to ECD and developing economic and parenting support systems. The solution and the impact is not in one sector, is not in one person or agency but is through a mosaic of approaches and implies intersectoral coordination and cooperation. It also requires putting the young child in the centre of the development process and, subsequently, in the middle of the Budget Debate."

Children have no say

So are our young children at the "centre of the development process" and "in the middle of the Budget Debate"?

Well, children have no say in the process. From time immemorial, the Budget process has essentially been the same: technocrats make recommendations - with varying degrees of consultation - then Cabinet deliberates and makes the final decisions. The entire process is an adult process; no child is ever consulted. There is no opportunity for a child to ask: "Minister, will my school have a bathroom, or my classroom have crayons, or are we getting PATH benefits, or isn't someone going to protect us from abuse and violence?"

There is no children's association made up of children, like how there are associations made up of adults like the PSOJ, JCC, JMA, JEA, JTA, JHTA, or others to lobby, protest or issue statements in support of, or concerns about, the Budget expenditure and revenues. Whatever happens in the Budget every year, children just have to accept it.

So since children have no say, we are left to ask: are children's issues in the middle of the Budget Debate?

Well, if we go by the allocations, relative to the magnitude of problems facing child development in Jamaica, one would have to wonder. Let's just look at early-childhood education. The Estimates of Expenditure tabled earlier this month indicates that the allocation to early childhood education is $2.2 billion, essentially flat, or in real terms - when inflation is included - reduced from last year's expenditure of $2.16 billion. Perhaps there are benefits to the early childhood sector in other line items of the Budget, but we are yet to be told those. And that is why the Budget Debate and Sectoral Debate are so important. It is the chance to explain what may not be obvious in the allocations on paper, such as intersectoral coordination and cooperation.

So the Budget Debate opened last week. And no, the minister of finance didn't highlight children. Well, that is not his portfolio, so he isn't expected to. But, unfortunately, revenue and expenditure decisions do affect children. Take the imposition of GCT on books, for example. We are in a literacy crisis and we know reading is on a serious decline. If people weren't buying books before GCT was added, they are less likely to do so now with the GCT. We know reading is socially beneficial behaviour, so with or without a special provision for textbooks, for sure, taxation policy, in this instance, is not being used to encourage socially beneficial behaviour and is actually discouraging socially beneficial behaviour. Taxing books will almost guarantee less books purchased by adults for their children, and also themselves. Children without books and not raised in homes with books, will never learn to appreciate the value of books.

Inadequate allocation to early childhood education, and GCT on books alone would make one wonder how Jamaica is going to achieve Universal Literacy by 2015. Maybe the minister of education can tell us.

For sure, we can expect the minister of education to speak about early childhood education. He has made no secret that is his priority. But, unless he is very creative, the seriously underfunded early childhood sector will remain so, despite the constitutional obligation to provide adequate state funded pre-primary education for all Jamaican children.

Does Hannah have a plan?

The minister of youth is expected to address issues of child safety and protection, but does she have a plan outside of the allocations to meet the rising challenges?

The fact is our children are increasingly exposed to and are victims of abuse and violence. We can only hope that in the discussion of adult matters, the minister of labour and social security will address the safety-net issues for children, and the minister of health will explain how the cuts will not affect children.

Those are the main sector ministers, and they can speak of the allocations in the Sectoral Debate. But there is one minister who can signal if the country is really serious about prioritising the welfare and development of children - the prime minister. Every year in the Budget Debate, the prime minister announces special programmes and policies designed for developmental objectives. If there is anything at the centre of the development process, the prime minister is the one that highlights it. This prime minister has spoken often of her focus on children, and even the People's National Party's manifesto promised early childhood education as one of the "18 steps to full people empowerment".

For sure, the prime minister is the ideal person to drive intersectoral coordination and cooperation on a matter of such significant national importance. Maybe the prime minister will be the one to bring the children - Jamaica's voiceless victims - "in the middle of the budget debates", because that is when she does actually speak.