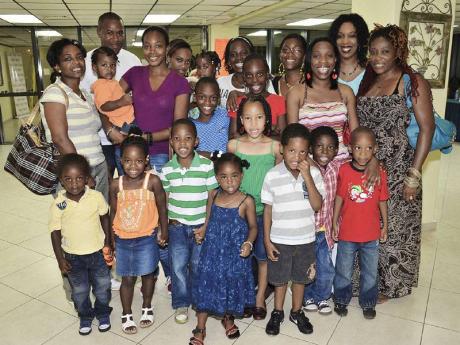 The group of children and their teachers who were feted by Sagicor at the Greatness Exists Movement's Pantomime in commemoration of Child Month. - photos Contributed 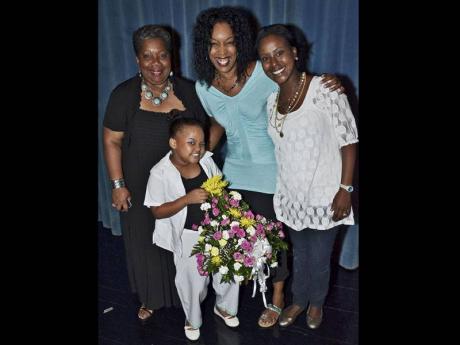 It was a dazzling performance by the Greatness Exists in Me (GEM), Movement on Saturday May 26 when Sagicor Life Jamaica sponsored more than 300 children - teachers/wards of varying institutions - to an evening of glittering talent on display by the 71-strong cast of children from prep, primary and infant schools, staged each weekend during Child Month.

Kerine Miller, producer, songwriter and founder of GEM Movement expressed gratitude for the support of Sagicor through sponsorship of the performance. "We are happy to get such support from Sagicor, Miller said."

Several schools were invited including: SOS Children's Village, Operation Restoration School, Gideon Educational Centre, St Anthony's Home and Tiny Tots Learning Centre. Also in attendance were schools which fall under the banner of the Sagicor Adopt-a-School Programme - an initiative within the Sagicor Group which sees each of its 13 branches supporting a school from its community over an extended period.

School representatives and children were delighted as they exited the Courtleigh Auditorium. producers of the pantomime are optimistic about the ability to stage the production annually.

"We are pleased by the efforts of the producers to garner confidence and develop the talent of our young people. It is good for organisers to execute productions of this magnitude and of such high quality," said Alysia Moulton-White, assistant marketing manager, Sagicor Life Jamaica.