The real Usain Bolt ready to stand up 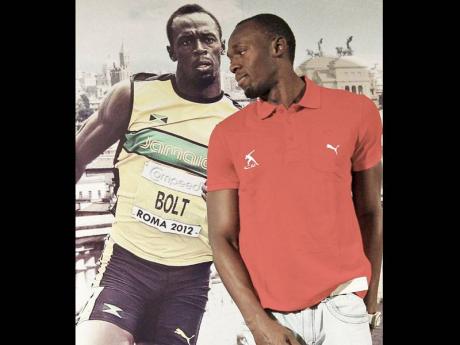 Jamaica's Usain Bolt arrives for a press conference in Rome yesterday. Preparing for tomorrow's Golden Gala, the 100-metre world record holder says he could lose every race leading up to the Olympics and still be confident going to the London Games. AP

After running a relatively slow 10.04 seconds in the Czech Republic last week, Usain Bolt is ready to ramp up his Olympic preparation with a faster time at tomorrow's Golden Gala meet.

The Ostrava race was Bolt's first in Europe this season, and the 100-metre world record holder wasn't 100 per cent.

"My legs weren't feeling that energetic. It was probably lack of sleep or something. I didn't feel the energy I normally feel,'' Bolt said. ''But since I got here, I've got a lot of sleep, I've been eating properly. Everything seems to be on better track.

"You never have a good race every day you run,'' Bolt added. "It was just one of my bad races, and I have to put it behind me. I'm not worried. There are a lot more races to run, and the main one is the one at Olympics.''

Still, with the London Games two months away, the performance in Ostrava raised questions. Not for Bolt, though.

"I never stress over things like this," Bolt said. "I've gone through so much. Even if I lose every race leading up to the Olympics it won't worry me. I'm confident in myself."

Bolt had a slow start in Ostrava but pulled ahead in the final metres.

"My start is where it should be," Bolt said. "I just need to get consistency in races.''

At the Stadio Olimpico, Bolt will face former world record holder Asafa Powell and French standout Christophe Lemaitre. The same trio ran in this meet last year, when Bolt made his season debut with a narrow win over Powell in 9.91 seconds.

"Like every race, I definitely want to win, but for me it's all about execution, getting the start consistent,'' Bolt said. "So pretty much just execution and a win - and a fast time would be great also.''

Bolt's most recent world record of 9.58 seconds was set at the 2009 world championships in Berlin. He then was disqualified for a false start at last year's worlds in Daegu, South Korea - but that hasn't dimmed expectations for London.

"I know people are looking forward to me running 9.4. But as you can see there are bad days,'' Bolt said, when asked about the London track. "But at championships I always turn up and I always run fast. As long as I'm fit and ready, anything is possible.''

Bolt will also compete in a Diamond League meet in Oslo, Norway, on June 7 before returning to Jamaica for national trials. He then plans to return to Europe for a 200 in Monaco on July 20, his last race before the Olympics start a week later.

He confirmed he will run the 100 and 200 at Jamaican trials.

Speaking at a news conference, Bolt grew most excited when he was asked about recent comments from American sprinter Justin Gatlin.

Gatlin said after he beat Powell in Doha earlier this month that people "have watched the Bolt show for a couple of years and they want to see someone else in the mix as well. I'm glad to come up and step up and take charge with that.''

After a long laugh, Bolt replied.

"I don't want to sound rude or anything, but I think Gatlin had his chance,'' Bolt said. "That's a funny thing he said. You can't count out Tyson Gay, and Yohan Blake is back. I think (Gatlin) has a few guys to get past before he worries about me.''

Gatlin tied Powell's then world record in Doha six years ago, only to see the result erased when he was caught doping a few weeks later. Gatlin had tested positive for excessive levels of testosterone, which led to a four-year ban.