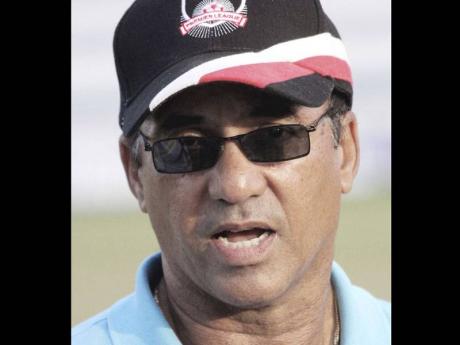 Former national football coach and analyst Geoffrey Maxwell told The Gleaner yesterday that current coach Theodore Whitmore and his team must sit down now and decide upon the squad and the best starting eleven for the Reggae Boyz.

Maxwell, current coach of Red Stripe Premier League team Highgate United, was speaking two days after the Boyz gave a timid performance against Panama in a friendly at the National Stadium. The Boyz were beaten 1-0 by the Central American country and Maxwell firmly believes that there are persons in the current set-up who do not belong.

"We have to sit down and look at our weaknesses and not our strengths at the moment. The key now is who is starting. let us stop experimenting now, because it doesn't make sense, and work on the areas that we are weak in," Maxwell stated.

He added: "I believe the team at the moment has two philosophies, and the two philosophies are far and wide apart and it is creating a problem for the smooth transition of the team to go forward. "There is a mix in the team that is at a delicate stage, in my mind. The English players, especially those that we are now seeing, you can see that their style of play is to pass and run forward and expect the ball to be played long in what some people call a channel."

Football analyst, Clyde Jureidini, is not ready to press the panic button just yet. He wants the team to be given more time to 'gel'.

"We played badly, because a lot of the players haven't been here, have not played together or have not played together for some time, and so the coordination and understanding was clearly out of place," Jureidini explained. "I don't believe it is fair to judge them at the beginning; you have to judge them when they are finished, so give them a chance to come together and let us see what they are like," he said.

Edward Seaga, who is the chairman of the Professional Football Association of Jamaica and president of the Premier League Club Association, believes the first step needed to improve the performance of the country's senior football team is to develop the quality of the local strikers.

"Every year, I have been asking for the JFF to organise a coach for training strikers on the team, so that we can score more goals, because if you don't score you can't win," Seaga shared with The Gleaner. "Nothing has happened over all these years, and I am asking for it again in light of the performance of the Boyz on Sunday and the need to boost their output in goals if they are expecting to win in the qualifying World Cup games," the former prime minister added.