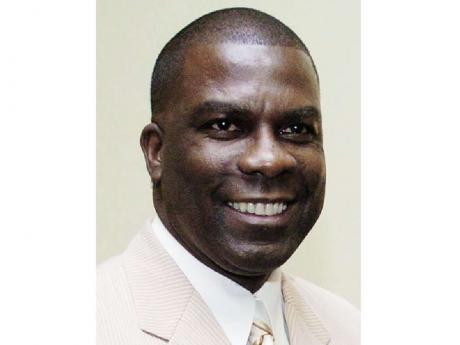 'I'll be back', a line made popular by strongman American actor Arnold Schwarzenegger in the Terminator series, is now applicable to Senator Norman Grant who on Saturday announced his intention to retake the reins of the Jamaica Agricultural Society (JAS).

He told AgroGleaner: "After long consultations with the parish associations, other members of the board, commodity associations, and getting their clear expression of support, come July 11, I will be running for the position of president of the JAS."

Grant made the disclosure at Saturday's AgroFest Agricultural, Industrial and Food Show, an annual event hosted by the Kingston and St Andrew Branch Societies of the JAS of which he is president.

The government senator, who currently serves as first vice-president to Glendon Harris, previously served two consecutive terms in the top position before being forced to step down, due to term limits. Come July the first three-year term since he demitted office, he will become eligible to lead the farmers' organisation again and is preparing to do so.

"I will be having further dialogue and discussions with the board and current president Mayor Harris, at which time I will indicate the full mix in terms of president, first and second vice-president that will take the society going forward. I think the responsibility to lead the JAS again, to continue the overall repositioning, is critical."

Among the issues at the top of the agenda for Grant, who is also managing director and chief executive officer of Mavis Bank Coffee Factory, is renegotiation of the Economic Partnership Agreements (EPA) - a reciprocal pact with the European Union (EU) which would provide them access to Caribbean markets. The veteran agriculturalist is of the view that this arrangement has not worked for countries in the region, a situation he intends to correct when it comes up for review in 2013.

He told AgroGleaner: "I don't think EPA has worked for the farmers in CARICOM (Caribbean Community) in the way it was projected because while we went into the ring, we should have been in the gym. We should have been in the gym dealing with issues such as our productive capacity and traceability issues to improve our competitive ability, but basically what that did was to give them access to our markets."

The seasoned coffee farmer is convinced that among the first order of priority is the need to significantly improve and expand productivity in order to benefit from economies of scale and derive maximum benefits from access to EU and other such large markets. However, getting there will require significant financial investments in addressing long problematic rural issues such as farm roads, water supply systems and land titles and, of course, the scourge of praedial larceny.

Emphasising the need to act with a sense of urgency, Grant told AgroGleaner that in making himself available as team leader, he is in fact responding to the unanimous call from a wide cross section of stakeholders in the agriculture sector. It is not a decision he has arrived at lightly.

He disclosed: "I've had broad consultations. I've prayed about it, I've had very, very deep introspection and I am happy to advise the farmers that after looking on everything, I'm stepping forward again to humbly serve them."