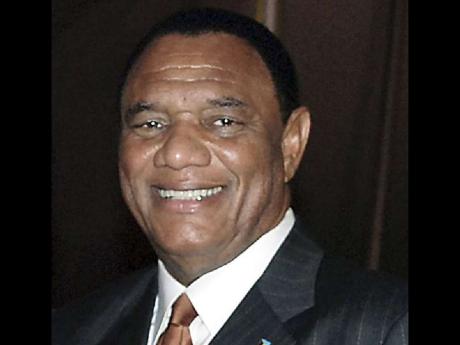 In his first fiscal package since his Progressive Liberal Party won the general elections last month, Christie said the measures were aimed at dealing with the "very serious deterioration" in the government's fiscal position.

"We must set the fiscal parameters prudently in 2012/13 in such a way as to begin the process of getting our fiscal house in order, while at the same time accommodating our short-term priority initiatives to the fullest extent possible," Christie said.

He told lawmakers that the fundamental challenge for fiscal policy is the "very large negative imbalance that has been allowed to develop in respect of the government's recurrent account.

"The gap between recurrent expenditure and recurrent revenue, both expressed as a per cent of GDP (Gross Domestic Product), has quadrupled in the last five years. In 2006/07, the negative spread between the two stood at 0.8 per cent of GDP," Christie said.

Christie claimed that the former Hubert Ingraham administration, "rather than only borrowing to finance productive investments in our nation's future prosperity ... was also increasingly borrowing to pay for an increase in everyday expenditures in the form of salaries, rent and utilities that was not matched by an increase in revenues."

The government has estimated recurrent expenditure at US$1.8 billion, while recurrent revenue is put at US$1.5 billion.

"With this level of debt, our debt service requirements in 2012/13, including both debt redemption and interest payments, will amount to some US$328 million, or just over 18 per cent of our total recurrent expenditure," he added.

He said his administration came to office with an ambitious and extensive agenda tailored to tackle the critical economic and social needs of the Bahamian people.

"The government was given a decisive mandate to do so. In our very short time in office, however, it has become clear to us that the previous administration has, through its actions and fiscal policies, severely constrained our room to manoeuvre," he said.

He added: "We have moved to begin implementing certain key components of our Charter for Governance to the extent feasible in a fiscally responsible manner.

"To that end, the budget includes an allocation of US$15 million for the implementation of early initiatives in the Charter, such as the introduction of Urban Renewal 2.0, including the immediate implementation of house repairs and community improvements, both of which will create employment," Christie said.