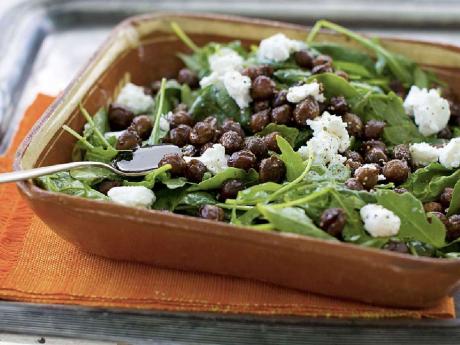 Are you about over the pomegranate trend yet? If so, you might want to revisit it just once more. But this time we aren't talking about chugging the juice or turning it into fancy cocktails.

This time it's pomegranate molasses, a thick, syrupy concentrate that is sweet and tart and as delicious as it sounds.

To explain pomegranate molasses, we ought to start with the fruit itself. Pomegranates originated in western Asia and the Mediterranean, with the best supposedly coming from Iran. The trees produce large, usually red orb-like fruits filled with edible seeds, each of which is covered by a juice-filled membrane.

The seeds (or rather the juicy membrane around them) have a sweet, tart and fairly astringent taste. They can be eaten as is, or crushed to extract the juice.

Likewise, that juice can be consumed as is or mixed with sugar syrup. The latter is called grenadine, a popular flavouring for cocktails (though many modern grenadines are synthetic and no longer made from pomegranate juice).

If you take the unsweetened juice and boil it down until it is thick and syrupy, you have pomegranate molasses, a popular flavouring in Middle Eastern cooking. Pomegranate molasses once was unheard of outside of ethnic markets, but today can be found in the international aisle of most larger grocers.

And if you can't find it, it's easy enough to make. Buy a bottle of pomegranate juice (or juice concentrate), then boil it until it has reduced and become thick.

The thick, deeply red syrup has an intensely sweet-tart flavour that pairs surprisingly well with savoury dishes, especially grilled meats. For example, pomegranate molasses and walnuts are a classic flavouring for poultry.

Opened bottles can be refrigerated for long periods. But it's not likely to sit around for long. You don't need to love Middle Eastern food to love what pomegranate molasses can do for the foods you already love.

Heat the oven to 450° F. Line a rimmed baking sheet with parchment paper.

In a medium bowl, whisk together the pomegranate molasses, garlic powder, salt and pepper.

Add the drained chickpeas and toss to coat evenly.

Arrange the chickpeas in an even layer on the prepared baking sheet. Roast for 15 minutes, or until the chickpeas are dried and starting to get crunchy.

Remove the chickpeas from the oven and set aside to cool.

Meanwhile, in a large bowl whisk together the olive oil and lemon juice. Season with pepper, then add the arugula and spinach. Toss to coat.

Divide the greens between 4 serving plates, then sprinkle each with kosher salt. Divide the chickpeas between the salads, then top with crumbled goat cheese.

J.M. Hirsch is the national food editor for The Associated Press. He is author of the recent cookbook, "High Flavor, Low Labor: Reinventing Weeknight Cooking." His Off the Beaten Aisle column also appears at www.FoodNetwork.com. Follow him on Twitter at www.twitter.com/jm_hirsch.