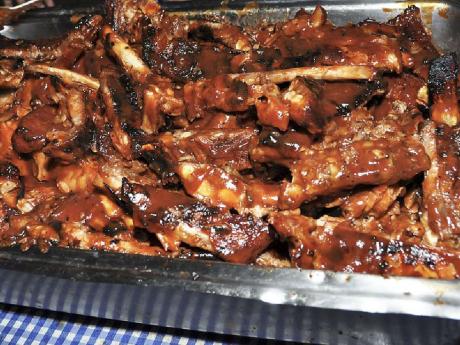 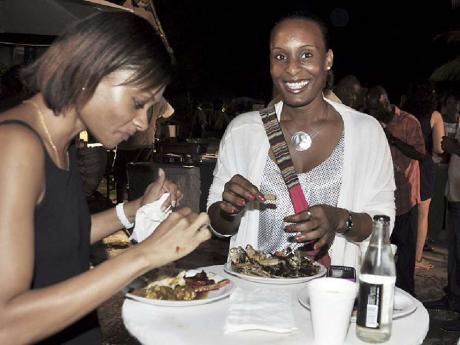 Getting down into the 'crab of things' (from left) Dacia Smith and Michele Salmon at Busha's Crabfest at Paradise Park in Westmoreland last Saturday. -- Photo by Janet Silvera 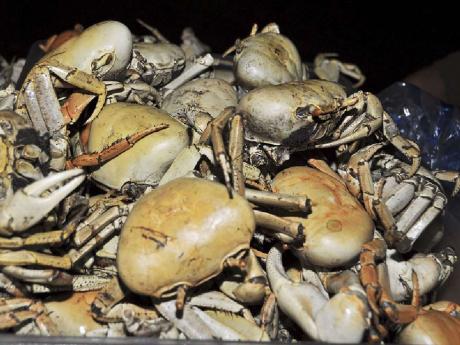 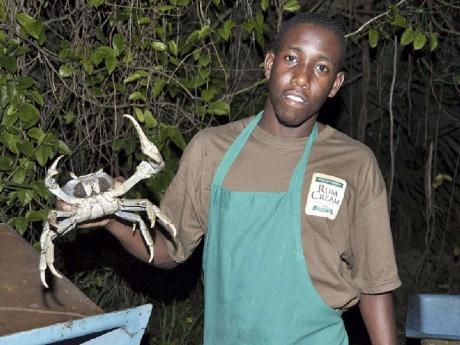 The eight cooks assigned to cooking the 167 dozen crabs donned their Rum Cream aprons from as early as 8 a.m. last Saturday, and up to 9 o'clock that night were still stirring the pots. Paradise Park, Westmoreland, was a sea of crustacean-loving patrons as hundreds turned out for Busha Clarke's annual crab party.

Those caught off guard by Busha were seasoned with cloves of garlic, stewed in black bean sauce, boiled in hot country pepper, simmered in rundown or curried powder.

No matter what method of cooking the men used, this must-attend party proved there was nothing capable of coming close to its success.

Paired with authentic Jamaican Appleton white overproof rum, fish soup or mannish water, slowly, the crabs, if they could speak, would admit to not only taking the heat from the coal pots, but warding off stiff competition from the tastiest steamed fish and crackers this side of the world, barbecued mouth-watering spare ribs and curried goat or conch and boiled corn. All five are fighting to gain the undisputable 'favourites' reputation.

But, there is nothing to beat, the black or blue crabs, small or large, male or female. The man who has been cooking at this event for the last 30 years, Samuel Wallace, tells Food, "The first process is scalding the crabs, breaking it into two, throwing away the back, then taking off the toes. We then use a spoon to scrape the hair from around the belly band, before using a scrubbing brush to scrub", he says, describing the process.

Wallace lifts a black crab from the basin they are stored in after being cooked and says, "The black ones are the smallest of the species and one of the cleanest. Whenever their toes go into anything that is not clean they shed them, but it later grows back".

Most people, he says, like the female crab because of the eggs, and those who like the males are into the fact their toes are big and meaty.

From as early as March, crabs can be seen on the streets and near swamp lands in Westmoreland as they make their way from their home in the morass. By the end of May, this phenomenon of an invasion is expected to end, but Wallace and his crew tells Food, "We can find crab long after June ends."

Once again, one of the highlights of this event is the spectacular bonfire that allows the romantic a setting that speaks these words. "It's ok to sit by the seaside, enjoy the whiff of the salt air that teases your senses, while the fire heats the loins."

Until next year, eat, sleep, drink and be merry!