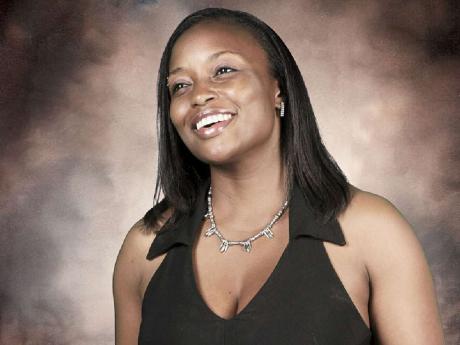 Sunday promises a delightful evening of music as Christine MacDonald Nevers (mezzo-soprano) presents The Recital at 5 p.m. at The University Chapel, UWI, Mona.

The Recital serves as a vehicle to raise much-needed funds for St Simon's Basic School, located on Penn Street in Jones Town.

With the extensive training and experience of each of the musicians featured on the programme, the public will be treated to selections including opera, lieder, Negro spirituals, folk and Broadway songs.

The listed musicians have worked together on various projects over the years, with each having an interest in and commitment to presenting quality music to Jamaicans - music that is greatly appreciated and enjoyed by many but is not frequently presented in Jamaica by many individuals or music groups.

Christine began singing and performing at an early age. She was a member of the University Singers for 13 years and has been a featured soloist with the Diocesan Festival Choir and the National Chorale of Jamaica.

She performs occasionally with the Jamaica Musical Theatre Company and is the musical director of the Jamaican Folk Singers.

In pursuing her interest in music, she enrolled as an evening student at the Jamaica School of Music, where she was successful in the ABRSM London music examinations, achieving primarily distinctions and merits in practical and theory examinations from grades five to eight. She successfully completed the diploma ABRSM examination and received a distinction in the LTCL examination in 2005.

In November 2007, she earned a fellowship from the Trinity College of London. She has received vocal training from Dawn-Marie Virtue, June Thompson-Lawson and Winston Ewart.

Influenced by her mother's successful music career, Christine has competed in a number of music festivals staged by the Association of Music Teachers and Friends of the Arts. She has tutored in voice and music theory at the Edna Manley College of the Visual and Performing Arts, and has lectured in music appreciation at the International University of the Caribbean. In November 2009, she was inducted into the Campion College Hall of Fame for her contribution to the arts in Jamaica.

Marilyn Brice-MacDonald has long been one of Jamaica's renowned contralto soloists, who started singing as a young girl, entering and excelling in local festival competitions.

Marilyn has sung with numerous choirs in Jamaica, including the 'Y' Chorale Group, the Diocesan Festival Choir, Methodist Chorale and National Chorale of Jamaica. She has also been featured as a soloist with the Kingston College Chapel Choir, Jamaica College Chapel Choir and Glenmuir High School Choir.

She is a member of the Jamaica Musical Theatre Company and the Jamaican Folk Singers, a group with which she has been singing for 44 years.

Marilyn is also recipient of the prestigious Bronze Musgrave Medal from the Institute of Jamaica for her work in the field of music.

Tickets cost $1,200 each and are available at Music Mart in Twin Gates Plaza and Monarch Pharmacy in Sovereign Centre.