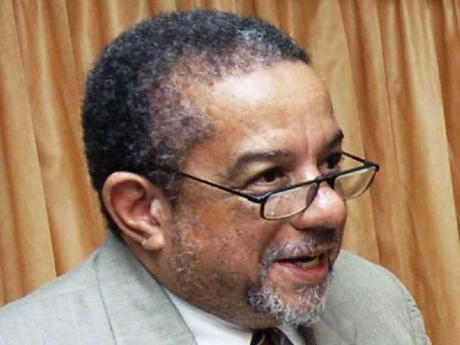 Both major political parties have endorsed Vision 2030. By that vision, Jamaica is to become the place of choice to live, work and raise our families. The statement betrays an understanding that for many, Jamaica has not been that place of choice. Jamaicans in the 20th century used emigration to Cuba, Central America, the United Kingdom and North America as a means of coping with adverse internal social and economic realities.

Jamaica made the transition from colonial status to Independence burdened by concerns about population growth, unemployment, poverty and social and economic inequity. After 50 years of Independence, Jamaica has not resolved the fundamental social and economic concerns that we had in 1962. In reality, our capacity to resolve these problems has been further undermined by a massive accumulation of public debt that has not been translated into increased productivity and vibrant economic growth. After the windfall afforded by the Jamaica Debt Exchange in 2010, Jamaica is again in a situation where the servicing of public debt accounts for over one half of total budgeted expenditure.

Jamaica must live within means

Borrowing by Government has not enhanced the capacity of the economy to repay. As indicated by the minister of finance, loans from international financial markets and multilateral financial institutions and grants from the European Union will not be available unless Jamaica demonstrates a willingness and ability to reorder its affairs to enhance its capacity to repay. To expect otherwise would be to want funds provided by the sacrifice of taxpayers in other countries being provided indefinitely to allow an unproductive Jamaica to continue living beyond its means.

We have to adjust. Not adjusting will mean the absence of an endorsement from the International Monetary Fund leading to progressive loss of foreign-exchange reserves, exchange-rate depreciation, increased inflation and nominal interest rates and a worsening of an already highly uneven distribution of income. With the undermining of social cohesion, productivity would be further undermined and most Jamaicans would be poorer.

Adjustment is painful. Higher taxes mean reduced capacity of individuals to spend, and lower government expenditure results in a reduced availability of essential social services. Government concession to individual or group interest through higher government spending and/or lower taxes would, however, result in even greater impoverishment.

If, then, adjustment is the less negative course of action (relative to doing nothing), the immediate concern would be about how that burden is to be shared.