Driver with more than 130 tickets released 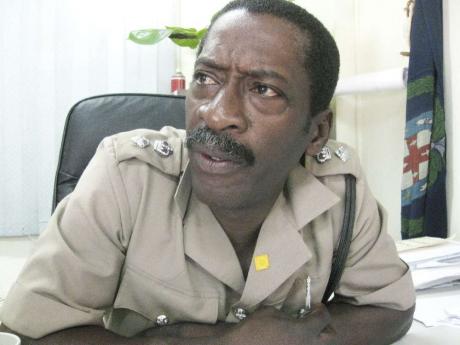 A bus driver who the police say has accumulated more than 130 outstanding traffic tickets was yesterday cited for three more road violations and released.

The surprising discovery, police sources revealed, was made after the male driver, whose name is being withheld, was pulled over during an operation in Ferry, St Catherine.

Despite the revelation that he had tickets outstanding, police personnel reportedly issued him three tickets for not wearing his uniform, not operating on his designated route, and driving from a place other than the road, then allowed him to leave the scene.

Head of the Police Traffic Division, Senior Superintendent Radcliffe Lewis, promised to look into the incident, but cautioned against a rush to judgement.

Explaining the procedure when a motorist is found to have outstanding tickets, Lewis said enquiries should be made at the Traffic Court and Police Traffic Headquarters to determine if there are any outstanding warrants.

"A warrant must be issued before you take the man into custody. So it is something that you have to make certain about ... ," he said.

"Even if the man has over 130 outstanding tickets, you can't carry him (in). You can go check at the court, but you can't lock him up inna custody without the warrant," he explained.

Lewis conceded that he did not have all the details of what happened, but said there were indications that the driver had no outstanding warrants.

This incident comes a day after police investigators probing Tuesday's fatal crash in Portmore, St Catherine, revealed that the driver of the ill-fated bus, who they identified as Jermaine Morris, had 85 outstanding traffic tickets valued at $152,600.

Morris is scheduled to appear before a judge at the Traffic Court today to settle the tickets.

Lewis said Morris was also facing a charge of causing death by dangerous driving arising from the crash which claimed the life of 15-year-old Lennox Lloyd Jr.

In addition, he said steps would be taken to have Morris' driver's licence revoked.

Lennox died after the Toyota Hiace minibus in which he and 30 other students were travelling overturned in a ditch.

Eyewitnesses and relatives have claimed that the bus driver was trying to elude police and Transport Authority (TA) personnel who were chasing the vehicle when the accident occurred.

Lewis and TA officials have denied the claim, insisting that there was no chase.

However, both incidents have raised concerns about the background checks that are conducted for people who operate public-passenger vehicles.

Lewis said he was "quite certain" there are more drivers, particularly those operating public-passenger vehicles, with a substantial number of outstanding traffic tickets.

"They are so indiscipline that they accumulate more tickets than anybody else in Jamaica," he asserted.

However, the head of the Police Traffic Division said the lack of adequate resources makes it difficult to find and prosecute these drivers.

"In Jamaica, you have almost a million drivers, and we would have to go sit down in front of a computer and check each licence," he explained.

Williams requested that questions be submitted in writing, but up to news time last night, there was no response.