No to GCT on books! Educators say taxes will put books out of reach of more students 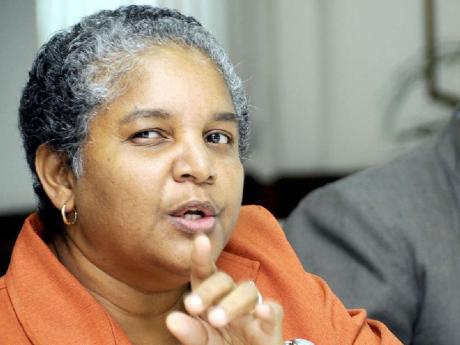 EDUCATORS AND parents in western Jamaica have said a resounding no to the proposed imposition on printed material tabled in the 2012/2013 Estimates of Expenditure by the Government.

"This is a nightmare or an ongoing migraine headache. The books are already very expensive and with tax added we simply cannot buy the books, which means that more children will have less books at school," said Sharnett McNeil, a mother of two boys.

One primary school principal in Montego Bay, St James, speaking behind the blanket of anonymity, said the tax on printed material would prevent some parents from purchasing books used for the Grade Six Achievement Test, in addition to other textbooks.

"It is going to have a major negative impact on the ability of the parents to purchase these books as already we are seeing some students attending school without the required text as their parents complain that they cannot afford to purchase the books," the educator said.

"Based on this, we anticipate that the numbers of students without books will increase, not a good sign."

"This is the worst thing to hit the education sector. Last year was very difficult as I could only afford two of the required four specialised texts, so with this impending tax I may only be able to buy one book this year. The system seems like it is putting education out of the reach of not only my generation, but the one that is coming."

One of the two vice-principals of Frome Technical High, West-moreland, Dorothy Taylor, said 400 of the school's 1,200 population are a part of the Programme of Advancement Through Health and Education. As such, she noted that many students are already unable to afford books and are going to be hit hard.

"I am wary of this tax because just this morning (Wednesday) I went to a class of 30 students with less than 10 literature books. It is not that parents don't want to buy the books, they simply cannot afford to buy them. This is a real problem, which is going to be exacerbated with the imposition of this tax."

Meanwhile, president of the Jamaica Association of Principals of Secondary Schools, Sharon Reid, said the implementation of GCT could affect learning, as fewer parents will be able to afford the increase.

She said the Government provides books on the rental scheme, but in some cases they are not adequate to complete the lessons planned.

At a post-Budget press conference on Friday, Finance Minister Dr Peter Phillips said the Government was working on an arrangement with the Education Ministry so that students do not have to pay the impending 16.5 per cent GCT on textbooks.