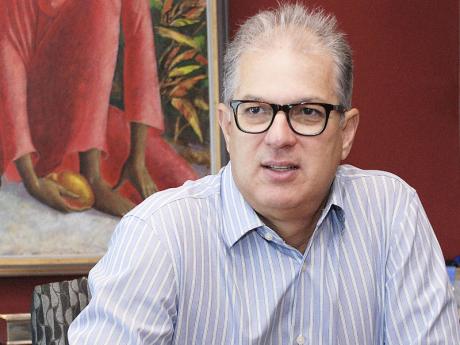 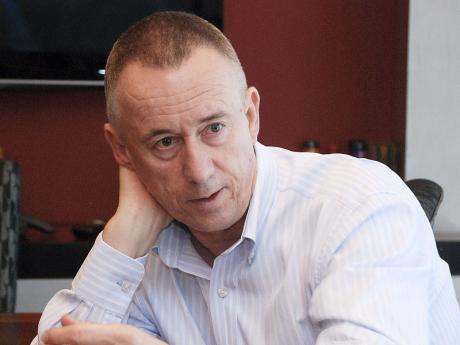 Pan-Jamaica Investment Trust wants to earn one-quarter of its profit in foreign currency within five years, a goal that has guided its recent and planned investment picks.

It will be a steep climb for the real estate conglomerate, whose holdings currently generate just two per cent of earnings in foreign exchange for the group, excluding the last two acquisitions.

Pan-Jam told it shareholders that the company would continue seeking out investments and joint ventures based on the health of its balance sheet, which is valued at J$15.9 billion in total assets.

The company had just J$1 billion of liabilities at yearend December 2011.

Some 70 per cent of its profits come from its 24 per cent holdings in Sagicor Life Jamaica, which earns local currency, and about one quarter of Pan-Jam's earnings is generated from its vast real estate portfolio.

"Sagicor is a big part of our investments - but, say if the last 25 per cent was foreign exchange earners that would be a good target," said Pan-Jam CEO Stephen Facey, when asked by the Financial Gleaner for a five-year projection.

Last week in an interview with the Financial Gleaner, Pan-Jam disclosed it had shelled out US$4 million (J$351 million) for its 20 per cent shareholding in tour operator Chukka Caribbean, controlled by the Melville family.

Last year, Pan-Jam acquired a 50 per cent stake in the largest producer of Jamaica Blue Mountain coffee, the Mavis Bank Coffee Factory, which earned the group some J$18 million for its share of the investment to date.

Mavis Bank exports 90 per cent of its coffee beans from which it earns foreign exchange.

When asked if more acquisitions are pending in this calendar year, Facey said: "The year has just begun."

Pan-Jam made J$506.6 million net profit for its March quarter, up 5.8 per cent over year-earlier levels. The bulk of its profit came from Sagicor Life Jamaica in which it has a 24.8 per cent stake.

Within the last four years, its hunt for ventures that earn foreign exchange also led to a 25 per cent interest in New Castle Company Limited, owners of Walkerswood and Busha Browne.

"We declared previously that that would be our strategy going forward, and if you look at the investments made in the past four years they have all been in the realm of foreign exchange earners, export-oriented and branded and good management in quality Jamaican products," Facey said, in an interview with the Financial Gleaner on May 21 at his office in New Kingston.

Walkerswood and Busha Browne earned some two per cent of the group's profit, but its newest investments in tours, tourism and coffee offer increased cash potential.

Investors are waiting for Pan-Jam's June quarter results to see the real contribution of these new investments to the group.

"All these investments in Chukka, Mavis Bank, Walkerswood are modest when compared with Sagicor, but we see in them opportunity for considerable growth and development," said Facey.

"Mavis Bank, Jablum, Walkerswood are well-branded products. Chukka is no different in that respect ... . They are already in other markets and they have the potential to expand into even more markets, and we like that. So it has strong management, good brand great product and expansion potential," added chief financial officer Paul Hanworth.

By September, Pan-Jam will partner to build a US$20-million, 130-room Marriott Courtyard hotel in New Kingston, slated to open the first quarter of 2014.

Pan-Jam will utilise all the proceeds of its loan from the International Finance Corporation, US$17.5 million, in that project.

"Tourism is a very critical industry and its one whose success is linked with the success of the Jamaican economy. We have in the past been invested in the hotel business through San Souci Hotel, and we have been looking for ways to participate in that industry again," said Facey.

The Pan-Jam group previously ventured into tourism when it acquired the Sans Souci Hotel and Resort in 1984, but disposed of its interest in the 1990s to the Carreras Group, which in turn sold the property in 2005 to the Lee Issa-led House of Issa for US$18.5 million.

In 1998, Pan-Jam was in a host of industries, but took the decision to focus on four: banking, real estate, insurance and trading. It soon realised that outside of real estate it was a medium-size player in other sectors, said Donovan Perkins, a board member of Pan-Jam and CEO of PanCaribbean Financial Services.

"So the Facey family looked into the future and asked, 'Can these medium-sized businesses survive?'," he said. "So First Life, which was the insurance arm, merged into Life of Jamaica - now Sagicor; PanCaribbean merged with Manufacturers; and Hardware & Lumber merged with Rapid Sheffield. So it really is the further unfolding of the strategy which is to be a great investor and partner in a whole bunch of businesses," said Perkins.