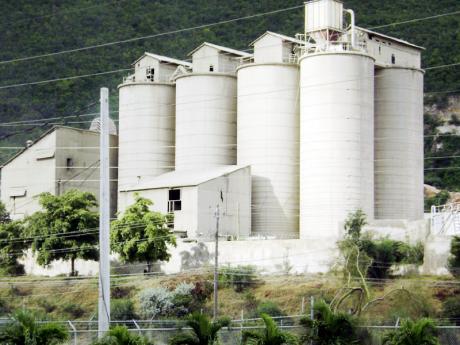 Trinidad Cement Limited has finalised a deal with its creditors that allows it to convert TT$1.89 billion of its short-term liabilities into long-term debt.

The debt deal, which was sealed on May 10, positions it to refocus on its faltering Jamaican subsidiary whichh continues to struggle to remain viable in a construction market that is still contracting.

Caribbean Cement Company Limited gets financial support from its parent - which has amounted to J$6.8 billion over time - without which it cannot meet its bills, and would not be able to continue as a going concern.

It has been trying to tap into new markets overseas and has undergone a series of prices hikes - the latest being a 9.2 per cent increase to take effect today, June 1 - but remains burdened by high debt servicing costs.

"Without the continuing support of our parent company, TCL, which increased its support by J$399m during the quarter, bringing the total to J$5.5b in short-term and long-term loans and a further J$1.3b in preference shares, Carib Cement could not continue to operate," said chairman Brian Young and director Dr Rollin Bertrand, who is also TCL's CEO.

Caribbean Cement has previously alerted shareholders to its precarious position.

Still, for the first time, the cement producer's capital base has been totally eroded, and the company is now sporting negative equity of J$216.22 million as at March 2012 due to accumulated losses that have now reached J$4.78 billion.

TCL, which was granted a moratorium on its debt servicing costs during a year of negotiations with top creditors to restructure its balance sheet, said it would resume servicing its loans in December 2012. The deal cost the cement group TT$49.1 million in consultancy and legal fees, which it blamed for further shrinkage of its working capital position.

The debt conversion will cut TCL's short-term debt from TT$2.4 billion to TT$513 million while expanding its long-term liabilities from TT$396 million to TT$2.286 billion.

TCL said that with the conversion its net current asset position will be a positive TT$258m.

As at March, however, the company continued to report negative working capital of TT$1.63 billion, but was cash positive with TT$50 million on hand.

Having finalised the debt deal, the specifics of which are yet to be made public, TCL has indicated to shareholders that it will now refocus on market development.

It must, however, first deal with an ongoing strike by workers at its Claxton Bay plant.

"Cement demand in the critical domestic markets of Trinidad, Jamaica and Barbados has been disappointing without the increase that was anticipated at the beginning of the quarter," said chairman Andy Bhajan and CEO Bertand in a joint directors' statement appended to TCL's March first-quarter earnings report.

"The strike at the Trinidad plant continues; however, management has been able to adequately keep the domestic market supplied and restart major components of the plant."

Paradoxically, the strike has been good for Caribbean Cement, which said in its March quarter filing that it got to supply export markets that would have been TCL's territory.

Caribbean Cement reported a 19 per cent boost in its export sales to 62,170 tonnes from its Rockfort plant. Domestic volumes fell marginally to 142,316 tonnes.

"The labour strike at our parent company, TCL, has resulted in increased exports at very favourable prices during the first five months of 2012, providing a temporary 'windfall' to Carib Cement.

The Jamaican subsidiary did not quantify the windfall, but reports that total volume sales of cement rose 5.0 per cent.

Revenue also spiked to J$2.3 billion from J$2.06 billion, even though Rockfort exported no clinker in the quarter due to "operational challenges in the clinker manufacturing department, leading to an increase in repairs and maintenance charges and a significant drawdown in inventory".

Clinker production at the Jamaica and Barbados plants contracted a combined 23 per cent.

The parent blamed under-performing clinker production for some of its losses.

Caribbean Cement continues to bank on a three-year supply deal now being negotiated, which it said is large enough to make a "significant contribution" to its operations, and remains in search of other markets.

Up to now, however, its survival has rested on the shoulder of its parent.

"This level of support from our parent company has only been possible as a result of the moratorium on the TCL Group's debt servicing obligations. The many agreements to the group's debt restructuring were signed off on 10th May 2012 and debt service payments will recommence in December 2012. Consequently, it is critical for Carib Cement to generate positive cash flows from operations by the end of 2012," said Young and Bertrand.